“You start to see things with different eyes and you begin to recognize potential harms that you have never noticed - situations you may have walked by hundreds of times.” That’s how CUPE health and safety activist Dolores Douglas describes attending health and safety training for the first time, 13 years ago. The course was an eye-opener about the hazards present in her workplace.

Douglas is a Library Clerk at the Saskatoon Public Library and currently the president of her local, CUPE 2669. She is also a new member of the CUPE National Global Justice Committee. She previously served as the vice-president of CUPE Saskatchewan, and she was a member of the CUPE Saskatchewan provincial health and safety committee, in addition to representing CUPE on a number of other committees.

Douglas had no idea about the hazards in her workplace when she first got involved—she hadn’t even volunteered for the course. “The ask started it all” says Douglas as she remembers when she was asked by a member of her local executive to be part of her workplace health and safety committee. From there, one thing led to the next.

Libraries often seem like a calm, quiet, and relaxed working environment, but the perception is often far from the reality. Library workers are subjected to a variety of health and safety hazards that can result in serious injuries. Workers are exposed to back strains and repetitive strain injuries from lifting heavy books, boxes, and bags in a repetitive or restricted manner. Libraries are also often housed in old buildings that have issues with indoor air quality, ventilation, and even asbestos. Renovations or repairs can release asbestos fibres, creating serious hazards for workers.

And with many cuts taking place in public services, library workers often find themselves working alone. Their jobs are becoming increasingly precarious as the number of part time and casual positions increases. Incidents of violence – both verbal and physical – are on the rise across the sector.

Despite the hazards, Douglas believes that her workplace can be safer. “There is no reason why somebody should have an incident at work and be injured when it can be prevented,” says Douglas. “Through our health and safety meetings we look at reported incidents and consider how they could have been prevented.”

In Saskatoon, CUPE library locals are responding to hazards with action. Douglas’ local, CUPE 2669, and Saskatoon public library workplace health and safety committees successfully lobbied the city’s library board and gained the presence of a security guard in a newly opened branch. The board was not planning to have a security guard. The collective action made a difference.

For Douglas, education and awareness are the first steps in the prevention process. “I think that if more people are educated and aware of the hazards in the workplace, then we can do more to ensure that we’re all safe at work and able to go home healthy and happy.”

It’s with the importance of education in mind that CUPE launched a new Health and Safety Learning series, modeled after the popular Steward Learning series. Find out more about workshops available in your area.

Here are some resources that can help library workers (and workers from other sectors) address some of the hazards they face: 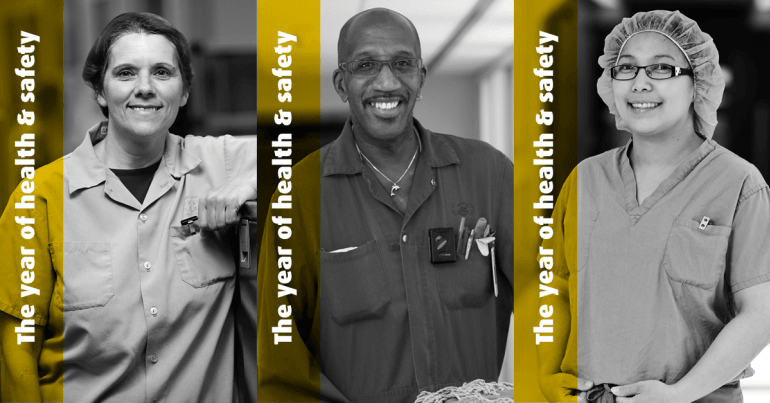