Doug Ford won power on a promise to fight for “the little guy” in a “government for the people.” But one of his very first acts as Premier will be to dismantle the bargaining rights of precarious workers at York University.

In doing so, Mr. Ford is sending a pretty clear message to every employer across Ontario: whether they’re in the private sector or public sector, they don’t have to bargain with workers because when push comes to shove, the new Conservative government will step in to legislate away their right to strike.

Mr. Ford is also sending a clear message to working people in Ontario that, despite all the rhetoric, this is not a government for the people.

Members of CUPE 3903 at York University have been forced to strike for the past four months because their employer refuses to pay a living wage to the people who do 60 per cent of the teaching at the university.

The premier should be condemning poverty wages and never-ending precarious work at the university, not enabling it through back-to-work legislation.

But make no mistake. The Premier does not get to ignore the Charter-protected rights of working people in Ontario when it’s inconvenient for his political agenda. And an attack on any CUPE members in Ontario is an attack on all 665,000 CUPE members nationwide. CUPE will respond with necessary actions to protect our right to free collective bargaining.

Mr. Ford may have a majority at Queen’s Park but if he thinks he can spend the next four years steamrolling the rights of workers without consequences, he should think twice. 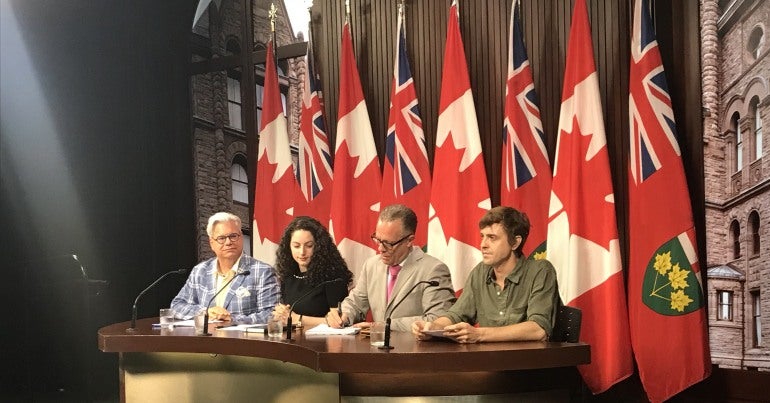