The Canadian Civil Liberties Association and the Canadian Federation of Students-Ontario have joined with striking workers at York University to voice their opposition to the new Conservative government’s “back-to-work” legislation.

“Our members went on strike more than four months ago because we were experiencing firsthand how the quality of education at York was degenerating. We believed York would bargain with us to help find solutions to improve the quality of education we provide, but they have essentially refused,” said Devin Lefebvre, Chairperson of CUPE 3903. “This legislation gives York exactly what they’ve wanted from the beginning and it absolves them from having to take responsibility for the quality of education the university provides. This is not good for students.”

“The right to meaningful collective bargaining and the right to strike are not political punching bags. They’re constitutional rights,” said Michael Bryant, Executive Director of the Canadian Civil Liberties Association (CCLA). “These rights are protected by the Canadian Charter of Rights and Freedoms to ensure dignity and fairness for workers. As the federal government found out with the Canada Post case, back-to-work legislation will be closely monitored by the courts.”

Compared to all other provinces, Ontario universities receive the lowest per student government funding. Chronic underfunding of colleges and universities has led to a significant increase in the use of precarious labour on Ontario campuses. Sixty percent of the teaching at York is now done by teaching assistants, graduate students and contract faculty – the members of CUPE 3903.

“Universities and colleges are not just institutions for learning, but are places of employment for thousands of workers,” said Nour Alideeb, Chairperson of the Canadian Federation of Students-Ontario. “Job security, adequate graduate funding and equity protections for the most vulnerable are fundamental to delivering high quality education. Protecting students means investing in education, not stripping away the rights of the workers that students depend on.”

“The Ford government’s disregard for workers’ rights and quality education is exposed in today’s ‘back-to-work’ legislation,” said Fred Hahn, President of CUPE Ontario. “These workers have been bravely fighting to improve the quality of education at York and will continue to do whatever they can to push for improvements, even if the legislation passes. The consequences of this reckless legislation will be felt in classrooms.” 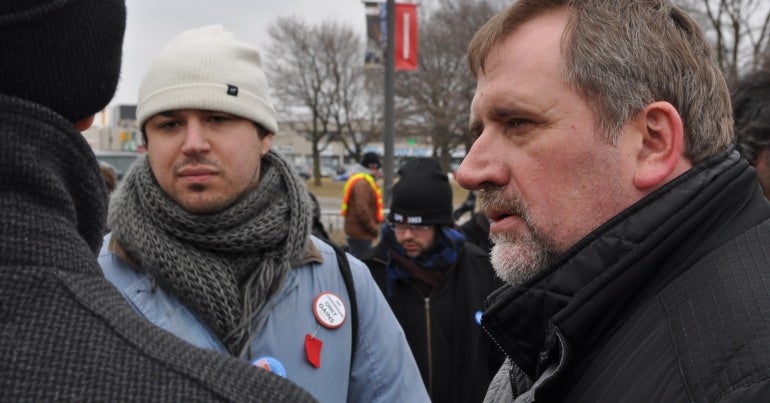