Bill C-377, titled An Act to amend the Income Tax Act (Labour Organizations), was introduced by BC Conservative MP Russ Hiebert as a Private Members Bill on December 5, 2011 in the House of Commons. It passed into law the night before Canada Day 2015, by a vote of 35 to 22 in the Senate.

Supporters of Bill C-377 claimed it was only about increasing union financial disclosure. In reality, the bill is a highly partisan and political attack on the right to freedom of association and free speech in Canada.

Once the amendments come into effect, all information will have to be posted on the Canada Revenue Agency (CRA) website for any member of the public to read. Previously, union finances were only available to their members.

The reporting requirements call for at least 24 different detailed statements to be submitted by even the smallest locals and national unions, labour councils, federations of labour and other umbrella organizations, as well as intermediate organizations.

Detailed financial statements will be required, disclosing the totals of all transactions and disbursements including individual separately detailed transactions above \$5,000, identifying the payer, payee, and the purpose and description of the transaction.

Disclosure will also be required of disbursements to officers, directors, trustees, employees, and contractors, including gross salary, stipends and benefits, with the additional disclosure of percentage of time dedicated to political and lobbying activities.

Hon. Hugh Segal
Retired Conservative Senator
“As a Tory, I believe that society prospers when different views about the public agenda, on the left and the right, are advanced by different groups, individuals and interests. Debate between opposing groups in this chamber, in other places and in broader society is the essence of democracy. Limiting that debate as to scope and breadth is never in the long-term interest of a free and orderly society”

Placing much of this information on a public website would breach privacy laws. When the bill comes into effect, statements of disbursements will be required on:

C-377 reporting requirements far exceed disclosure requirements for MPs and senators. Members of Parliament disclose only one financial statement with 14 line items, while senators report only five items in a single statement. Private companies, public companies and Crown corporations are all required to publicly disclose far less than what C-377 will require of unions.

Private companies are not required to publicly disclose any financial information. Registered charities and other non-profits would report less. Registered political parties report less in general and far less between elections.

The Parliamentary Budget Office and the Canada Revenue Agency have both released costing analysis showing that the government will have to spend near \$20 million to set up a tracking system, and millions a year on the implementation of the reporting system.

Hon. Elaine McCoy
PC (Independent) Senator
“[Bill C-377] should not be tossed aside lightly. It should be thrown with great force … for a thousand years in our tradition on the anglophone side, we have been slowly evolving until we have a society that is fair to one and all.\ We have a society that includes everyone. We do not make a difference when no difference exists. This bill violates all of those principles. It violates a 1,000-year-old tradition. It violates the Canadian code of fairness. I think this bill should be forcefully, forcefully rejected, and I trust we will do that when the time comes.” 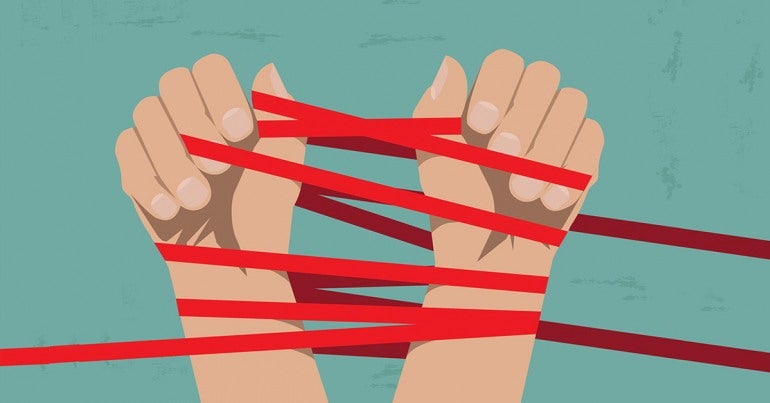