Last week, I was in Saskatoon, Saskatchewan for the first of this year’s CUPE division conventions. Our sisters and brothers in that province are struggling with a government that is intent on taking a legislative hammer to the power of unions, including using essential services to weaken our ability to strike, and on privatizing as many services as it can. Our members are committed to protecting both services and their rights.

Members everywhere are also taking seriously the need for financial accountability within our own organization. In January, I was pleased to attend “Dollars & Sense,” a conference for local secretary-treasurers and trustees hosted by CUPE Ontario. About 250 local leaders attended practical, skills-oriented workshops, which you will hear more about at this meeting from Sister Candace Rennick. Interest in all topics was high, including the closing panel discussion on putting members’ dues to work on political action. This is an event that other regions may wish to replicate.

Together with Brother Paul, I also attended a meeting of North American PSI affiliates, where we shared our common experiences and strengthened ties with our sister unions in the United States.

Solidarity was the word of the day when CUPE members joined with Unifor in Kitchener, Ontario on February 16 to support the organizing drive with Toyota workers. Like so many of our own members, these workers want a union to defend health and safety in the workplace and to stop their employer from imposing two-tier wages and benefits that mean younger workers get less.

Another highlight of the new year was our town hall call with local presidents across Canada to talk about upcoming events, like the National Sector Council, as well as the 2014 budget.

At our last NEB meeting, where we discussed and approved that budget, Board members had a glimpse of what we have before us in the financial statements for the end of 2013.

As expected, we ended the year with a net operating deficit of $1 million. While this may appear insignificant on a budget of more than $177 million, and certainly is not an emergency situation, we have a responsibility to be mindful of two numbers in particular.

Per Capita revenue is under budget by $1.7 million, although total revenue is only under budget by $745,000 due to higher than expected investment earnings. Meanwhile, expenditures were $3.2 million over budget, although almost two-thirds of those expenses were funded from restricted equity funds.

It is not unusual for unexpected and unbudgeted expenses to come up during any given year. In 2013, for example, we took on the Fairness project both inside CUPE and with the Canadian Labour Congress. However, the slower growth in revenue that we are now experiencing leaves us less of a cushion for the unexpected.

When we put together the 2014 budget, we reviewed all lines to assess where we have been underspending and overspending in the last few years. Adjustments were made to better reflect actual expenditures. It is now incumbent on us to be aware of how well we are adhering to the budget as the year goes on.

While most of the spending in the General Fund is operational, there are some lines that are campaign oriented including Elections and Strategic Directions. In both cases, provincial divisions are asked to submit plans to be considered for funding. Our focus in looking at these plans is on member involvement and mobilization. This is in line with our strategic directions mandate to strengthen and build our movement.

The same holds true for the National Defence Fund, where we have also gone well over budget in the last two years on approvals for cost-shared campaigns. In 2014, we have an obligation to stay within the budget of $2.6 million while ensuring that funds are available throughout the year for local and division campaigns.

There is no doubt these campaigns are necessary and important. The political attacks on our pensions and our bargaining rights, the tough bargaining under government austerity programs, and the relentless global race to the bottom are hitting us right across the country. We heard all of these challenges in our meetings with staff in every region of the country during January and February.

We also heard that bit by bit the Fairness project is taking hold. Leadership training has happened in most parts of the country and many areas have moved on to communicator training. And, as we receive cost-shared campaign requests, we are seeing more locals incorporating Fairness practices into campaign plans that centre on motivating and mobilizing members.

These are all the important activities that motivate us to maintain a prudent approach to our union finances. 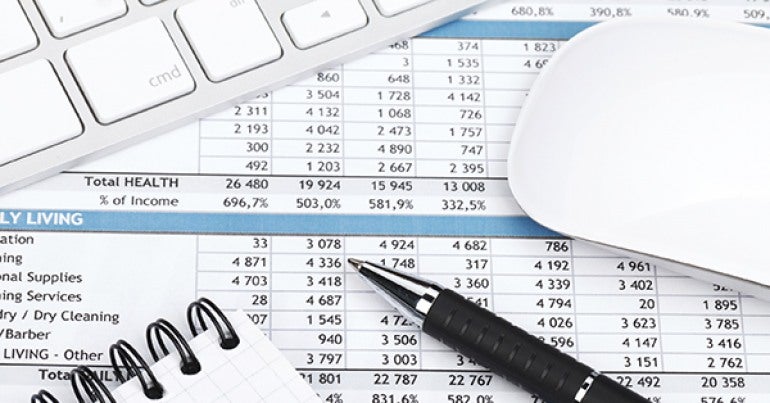