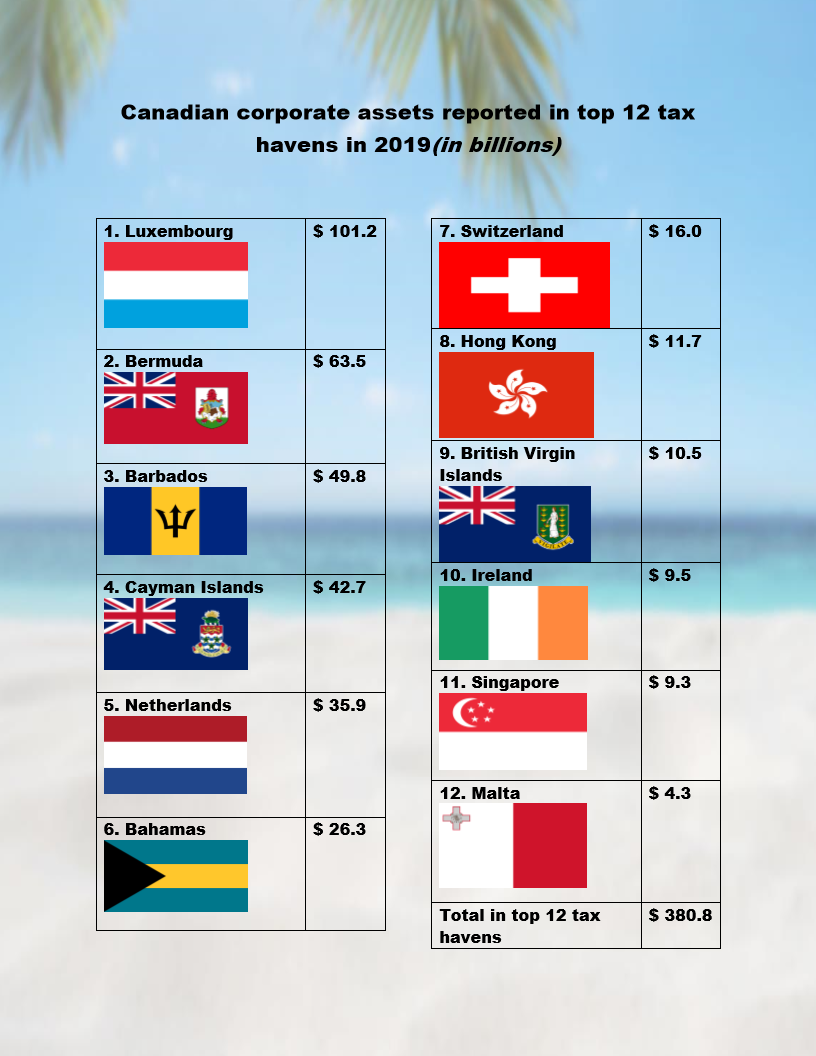 A report released today by Canadians for Tax Fairness shows that Canadian corporations are keeping $381 billion in assets in overseas tax havens like Luxembourg, Bermuda, and Barbados, in order to avoid paying taxes in Canada. It’s just the latest in a disturbing upward trend of wealthy individuals and corporations aggressively evading paying their fair share here in Canada.

The report notes that corporate use of tax havens has been steadily climbing for the past 20 years - up 135 per cent since 2009, and up a stagger 634 per cent since 1999. The Parliamentary Budget Officer notes that Canada loses as much as $25 billion to tax havens each year.

For decades, right-wing politicians and business lobby groups have argued that lower corporate tax rates will create more jobs and boost productivity. In reality, the evidence of the last two decades shows us that cutting corporate taxes has only encouraged large companies to hoard cash in overseas tax havens, while kneecapping the government’s ability to provide services like universal child care and pharmacare to the public.