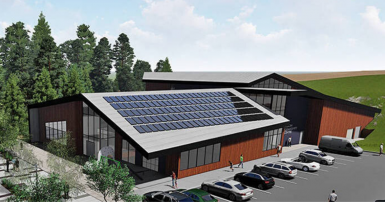 Workers for the City of Maple Ridge are raising an alarm over plans to hand over the operation of the soon to be opened Albion Community Centre to an outside third-party. The workers, represented by the CUPE 622, say the City’s own policies are being broken in a move that will threaten services offered at the Community Centre, and will end up costing more for the people of Maple Ridge and the Ridge Meadows region.

Based on documents obtained by CUPE 622, there are serious questions about whether the proper process is being followed in the possible awarding of a service contract to a third-party to operate the Albion Community Centre. The documents show there were talks between City management and a third-party about taking over operations of the public facility before a proper bidding process was set in motion.

CUPE 622 says the apparent by-passing of the bidding process is against the City’s own procurement policies, and it raises serious questions about transparency and accountability in the process.

“By outsourcing the services at this important facility, Mayor and Council are trying to contract out their own responsibility to provide community services and oversee recreational programming,” says Robert Letts, a worker for the City of Maple Ridge and president of CUPE 622. “It leaves us having to ask why our citizens’ tax dollars are being used to build a brand-new facility just to hand it over to an outside organization?”

Letts says City of Maple Ridge workers have a proven track record of delivering quality recreation services that are cost-effective, accountable, and in the best interests of the community.

“Keeping the operation of this Centre in public hands is the best option for the people of Maple Ridge. It will ensure the community has a say in the ongoing programs and that our community’s interests are the top priority at the Albion Community Centre,” adds Letts.

CUPE 622 is encouraging people in the Ridge Meadows region to visit betterservicesbetterridgemeadows.ca to learn more about the threat to the Albion Community Centre, and to send a message to the Maple Ridge Mayor and Council that they want the new Centre to be publicly run – for now, and future generations.