Former CUPE National President Grace Hartman would have turned 100 this week. Check out and share this video as we remember this fierce and inspiring CUPE activist.

As a clerk-typist for the township of North York in the mid-fifties, Grace Hartman was outraged over workplace discrimination against women. It sparked an interest in unions that led to a 30-year career as a labour activist. She spent 15 of those years as National Secretary-Treasurer and then National President of Canada’s largest union.

Working as a clerk-typist for North York in the mid-1950s, the discrimination she saw outraged her and spurred a lifelong career as a labour activist.

At the founding convention in 1963, Grace was elected to the first CUPE National Executive Board. She was the only woman.

And when she was elected National President in 1975, she became the first woman to head a national labour organization in North America.

An activist as well as a leader, she served a 45-day sentence for defying a back-to-work order from the Ontario Supreme Court.

A trailblazer for pay equity and against workplace discrimination, Grace Hartman continues to inspire today. 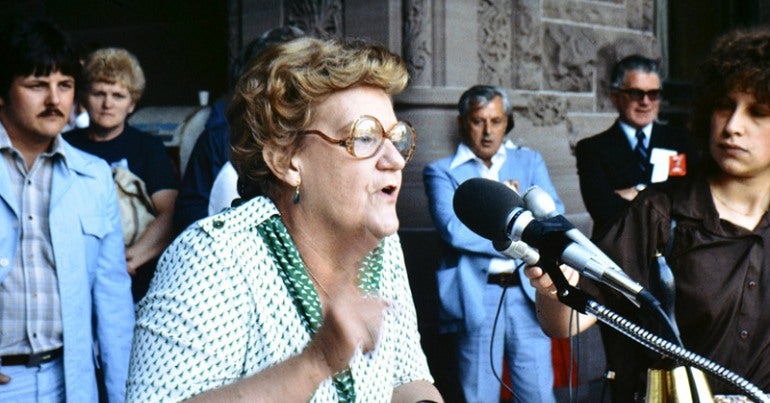