Our time together: A national meeting to put CUPE’s anti-racism strategy into action 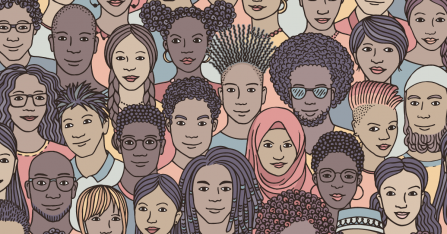 CUPE members who identify as Black, Indigenous or racialized, or as allies, are invited to a national gathering on November 19, hosted by CUPE’s national diversity vice-presidents. Register now for this important event and use our invitation to spread the word.

Putting our anti-racism strategy into action

This is the second national meeting to put CUPE’s Anti-Racism Strategy into action. A key goal of the strategy is increasing the representation of Black, Indigenous and racialized members in our union, which we are doing by creating dedicated spaces to organize.

On November 19, join other Black, Indigenous and racialized CUPE members and allies to share, make connections, and brainstorm actions that build an anti-racist labour movement. Allies are invited to this meeting because every CUPE member has a vital role to play in this important work.

Whether you’re a grassroots member or sit on your local’s executive, this is your opportunity to help build CUPE’s union power by fighting racism.

We’ll be guided by CUPE’s diversity vice-presidents, as well as our union’s Anti-Racism Strategy and commitment to Truth and Reconciliation. When members with lived experience and allies connect, change can happen.

Register today at cupe.ca/together. The registration form includes a space to self-identify, and to specify any accommodation or accessibility needs.

The meeting will include English and French interpretation, as well as closed captioning and ASL interpretation if requested. Registration closes November 15.

For more information, contact the Human Rights Branch at antiracism@cupe.ca.