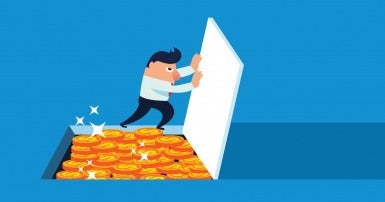 Central banks have flooded the global economy with cash to keep the financial system functioning throughout the COVID-19 pandemic. Now, experts suspect the world is experiencing a ‘liquidity trap,’ where interest rates and economic growth are low, making monetary policy ineffective. In a liquidity trap, savers prefer to hold their savings as cash rather than investing or spending on goods and services, because they believe a negative economic event may be on the horizon. One proven path out of a liquidity trap is fiscal stimulus. Governments can and should invest in public services and public infrastructure to prevent a prolonged recession. As the chief economist for the International Monetary Fund recently noted, debt service costs remain low, and public spending has a much higher return in a liquidity crisis.

Wealth taxes are enjoying a great deal of popularity in North America. Aside from US Senator Elizabeth Warren’s proposal, federal and provincial branches of the NDP have proposed an annual wealth tax in recent elections. Polling shows an annual net wealth tax of one to two per cent is incredibly popular in Canada. Toby Sanger and Andrew Jackson have outlined the arguments for and against implementing such a tax, and find it would be an effective way to limit the concentration of wealth and power in Canada, especially if accompanied by higher capital gains tax rates and increased enforcement to stop the use of tax havens. Capital gains taxes would appropriately tax wealth as it is accumulated, while the annual net wealth tax would target extreme wealth with the assumption that this level of wealth could only be accumulated because of previous under-taxation or regulatory failures. Implementing inheritance taxes on recipients could augment an overall wealth tax regime that would not only raise revenues, but also ensure a more equal distribution of wealth and power in our society.