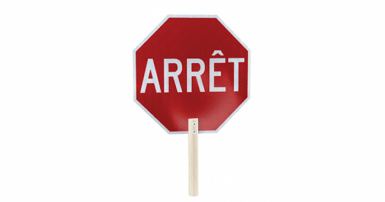 At a general meeting on Monday night, the Drummondville school crossing guards rejected the agreement in principle reached on May 11 between the City and CUPE 5273. The crossing guards have availed themselves of their right to strike, which they will exercise at the appropriate time.

“Despite being in excellent financial health, Drummondville still refuses to present an offer that would enable the crossing guards to match the salaries of those in comparable cities. In addition, the City does not want to address the important issue of paying for scheduled leave. The issue of these leaves is at the heart of any collective agreement,” explained CUPE union representative Nina Laflamme.

Were it not for Bill 24 coming into force, the Union would certainly have availed itself of arbitration for this first collective agreement in order to have several matters settled.

It should be remembered that at the time of obtaining their union accreditation, the salaries of these crossing guards had been barely higher than minimum wage for twenty years. They do not have any kind of uniform, are not given any sick or moveable leave and experience administrative difficulties with the employer.

With their back against the wall, faced with the burden of not having a collective agreement for the start of the school year, the bargaining committee agreed to present and recommend the agreement in principle. “The crossing guards certainly do not feel respected or recognized for the work they do. But it’s particularly disturbing not to have the first agreement after more than a year of talks,” says Nina Laflamme, representative on the file.

The negotiating committee faced an enormous task. They have almost accomplished it, because only a few monetary and leave matters are still at issue.

With more than 114,000 members in Quebec, CUPE represents about 70 per cent of the province’s municipal employees, or 31,600 members. CUPE is also present in the following sectors: health and social services, communications, education, universities, energy, government corporations and public agencies, air and urban transport, the mixed sector and the maritime sector.