Today, the provincial government released the 2020 Fiscal Update and, as expected, Newfoundlanders and Labradorians are facing tough times, as are many across the country.

COVID-19 and falling oil prices this year have made the situation even more difficult. As predicted, we are burdened by heavy interest payments for major projects that have added to the deficit and most are over budget, behind schedule, or in some cases put on hold. 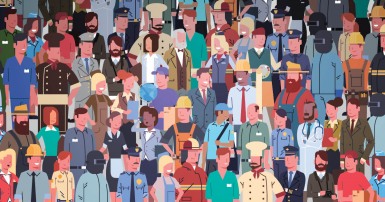 Minister Tom Osborne said he would deliver the fiscal update before the election of the new Liberal leader/premier. The Liberals will elect their new leader on August 3.

CUPE will remain vigilant to make sure that economic recovery plans always include workers, and that workers have what they need to return to the new normal and/or re-enter the workforce.

The province must realize that child care plays a critical role in our economic recovery. A $15 minimum wage can help boost local spending and help retain young people. Delivery of safe, quality education – in schools, colleges and universities – will also be important for long-lasting recovery. They must look to reduce expenditures and create efficiencies by cancelling P3 deals. Maintaining strong public services will make live more affordable for everyone. And if we are to do better in the next wave of the pandemic, government must increase capacity in acute care, long term care and community services.

The budget will likely be released in September and CUPE will be watching for these supports for public services and for the workers who provide them.

Recognition is due to thousands of essential workers in Newfoundland and Labrador, including CUPE members, for their service during the pandemic and we won’t let the Province forget. To our members, I would like to say: we see your hard work and the sacrifices that you and your families are making to keep us all safe and healthy. Thank you.