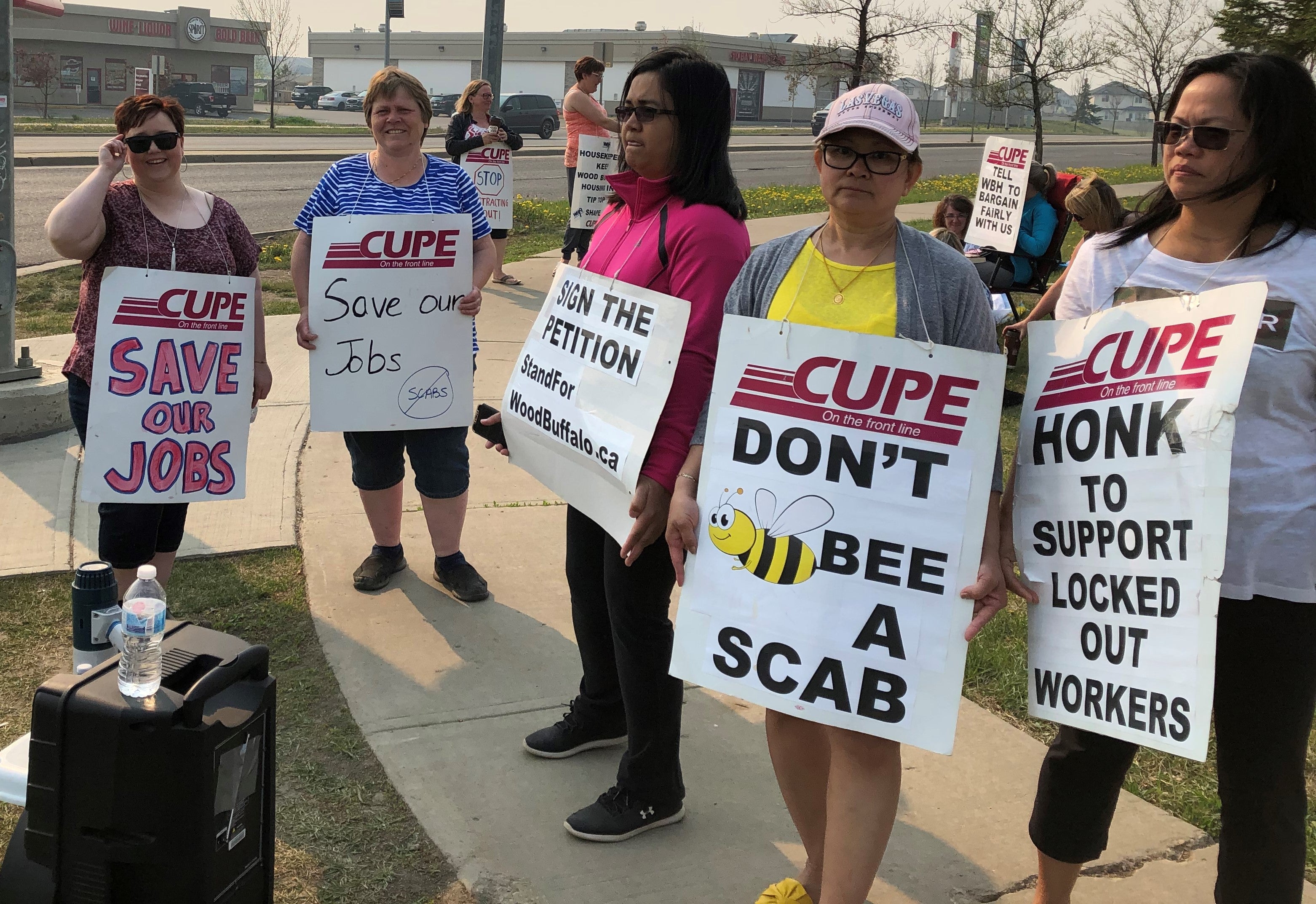 The union representing 46 locked out employees of Wood Buffalo Housing (WBH) says the employer is still refusing to engage in serious discussion to end the lockout, despite finally agreeing to meet face to face.

CUPE 1505 President Judy Collier said her union met with WBH today at the request of the company, but they wouldn’t engage in meaningful bargaining.

The employees have been locked out since May 10 in a dispute over the future of 26 positions WBH wants to contract to fly-by-night operators. Until today, Wood Buffalo has refused to engage in negotiations to end the dispute.

“Wood Buffalo Housing is clearly intent on damaging our community by replacing family supporting jobs with fly-by-night contractors,” said Collier. “Residents of the WBH properties are already seeing a dramatic drop in the level of service and care of their homes.”

Collier said CUPE went to the bargaining table to discuss the employer’s financial situation and find ways to avoid eliminating positions but said the employer will still not consider keeping all 26 CUPE members and wants the right to replace additional CUPE members with contractors as the positions become vacant.

“Wood Buffalo Housing wants more and more non-unionized, fly-by-night contractors. This hurts our members and it hurts our community.”

Negotiations have broken off but CUPE says it will return to the table anytime if WBH is willing to talk seriously about saving unionized positions and preserving the level of care and service to the community.