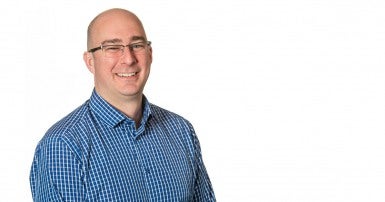 Trevor Davies is the Secretary-Treasurer of CUPE BC. Prior to being elected to his current role, Trevor worked as the Occupational Health and Safety Advisor for the City of Colwood and was the President of CUPE Local 374 for over six years.

In addition to his position at CUPE BC, Trevor is also on the Board of Directors for Pacific Blue Cross, and a Trustee on the Canadian Union of Public Employees Pension Plan. Trevor has a certificate in Environmental and Occupational Health from the University of Victoria, and is an alumnus of the Labour College of Canada and the Governor General Leadership Conference. Trevor was elected Regional Vice-President representing British Columbia in August 2019.