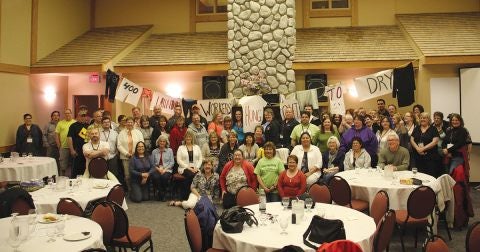 Participants at CUPE Saskatchewan Summer School held a lunch time rally on the one year anniversary of the announcement that the Saskatchewan government was going to privatize the entire hospital laundry system. A 10- year contract was awarded to K-Bro Linen Systems, an Alberta based for-profit company. All regional laundry facilities will be closed and approximately 400 CUPE members will lose their jobs. CUPE is fighting to protect these workers, and to keep all aspects of health care delivery public.