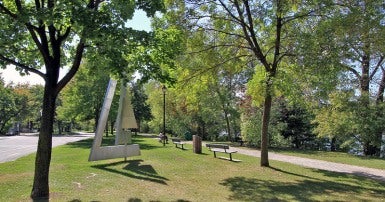 The Syndicat des Cols bleus regroupés de Montréal (Union of associated blue-collar workers) has read the report, prepared by Angelo Soares, an associate professor at the School of Management Science at Université du Québec à Montréal, and commends the remarkable work he has done.

Rigorous methodology was applied during the course of this report, which is based on 67 hours of interviews with more than 50 workers and managers in the borough.

The report highlights problems in the way things are done in the Montréal-Nord borough. It is clear that its management methods lead to systemic racism and have created injustices which, unfortunately, numerous blue-collar workers are exposed to every day.

“The borough and the City of Montreal have to act responsibly and implement the eight recommendations that apply directly to them without hesitation,” said Luc Bisson, President of the Syndicat des Cols bleus regroupés de Montréal.

The union noted that some of the poor practices in the Montreal-Nord borough are also happening in other boroughs. The many blue-collar workers who suffer from systemic racism, particularly through discriminatory practices, favouritism and poor management practices, must finally be able to find peace and equity.

The union will pull out all stops to have the City of Montreal and the borough shoulder their responsibilities and enforce the recommendations.

“We have made note of the observations by professor Soares and will be implementing without delay the three recommendations he made to the union,” added Bisson.

The professor recommends that the union devote more energy to training its members, monitoring the application of the collective agreement and providing them with information so that they can better understand the mechanisms for defending their rights.

Meetings will be held with the members to discuss the contents of the report and to involve them directly in further action to be taken.