Provincial finances improve, but spending does not 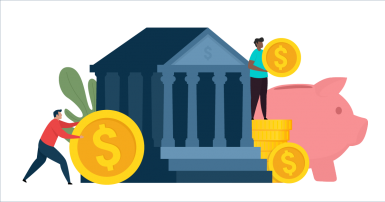 The financial situation for the provinces improved dramatically over the past year. When added together, 2021 provincial budget forecasts estimated a total deficit of $76 billion for the 2021 fiscal year. But the 2022 provincial budgets revealed that actual deficits for 2021 were only $24 billion.

Ontario saw the greatest reduction in their deficit, with a drop of nearly $20 billion. Alberta was a close second with a deficit reduction of $15 billion.

Lower government deficits might seem like good news for public services that have been struggling with austerity since the 2008 financial crisis. But this is not necessarily the case.

Deficits were reduced because provincial revenues increased at a higher-than-expected rate. Strong economic growth and higher prices for natural resources contributed to this increase. Provincial incomes were also boosted by inflation, largely through increased sales and corporate tax revenue stemming from higher prices.

Unfortunately, while inflation increases government revenue numbers, it also helps governments seem like they are spending more when they are actually spending less. When we compare program spending plans in the 2021 and 2022 provincial budgets, three provinces – Alberta, Manitoba, and Newfoundland and Labrador – have reduced spending year over year. The other seven provinces appear to have substantial spending increases.

However, once we adjust for inflation and population growth, these apparently healthy spending increases turn out to be either negligible or non-existent.  Adjusted numbers show British Columbia with the largest spending increase at 0.9%, followed by Quebec at 0.7%. Given that inflation in 2022 is expected to be double than it was in 2021, these increases will likely get swamped before the year is out. Governments use smoke and mirrors to make it look like they are spending more than they really are. As workers who deliver public services, we know that underfunding and cuts to public services negatively impact marginalized communities the most. To hold governments to account, it is crucial for us to keep track of spending commitments, while making sure to adjust for inflation and population growth.