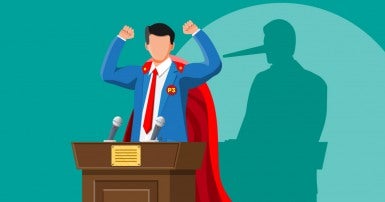 A new report highlights the many false claims and broken promises of public-private “partnerships” (P3s), and says the privatization schemes have no place in the COVID-19 recovery.

Why public-private partnerships are not delivering draws on decades of European experience with for-profit infrastructure and service delivery across many sectors.

The report demolishes the claims of P3 advocates about efficiency and innovation. The conclusions could have been written about the Canadian P3 track record:

The authors warn governments that for all these reasons, P3s won’t help countries emerge from the COVID-19 pandemic. CUPE’s recently updated P3 guide, Asking the right questions, has a similar warning based on the latest Canadian evidence about privatization.

Canada is moving in the wrong direction by continuing to promote P3s through the Canada Infrastructure Bank (CIB) and other federal and provincial government agencies. The federal government has said the CIB will play a major role in Canada’s economic recovery from the COVID-19 pandemic. The CIB brokers privatization deals, including P3s, for water, transportation, energy, transit and broadband projects.

Meanwhile, a growing number of European countries are abandoning P3s and returning to fully public infrastructure and services.

Europe is where P3s first emerged. The report lays out many examples of serious P3 problems and finds that “far from just being teething problems, many of these issues are getting worse with time.”

The authors conclude that “What decades of experience has shown … is that [P3s] come at a high cost and are not delivering the expected benefits. What is needed is not more time to build capacity – it is time to rethink the idea completely.”

Why public-private partnerships are not delivering was published by the European Public Service Union (EPSU) and Eurodad, the European Network on Debt and Development.