Outraged the University of Toronto colluded with Conservative Government to strip them of COVID-19 protections in the name of revenue, CUPE 3902 encourages members to learn how to refuse unsafe work 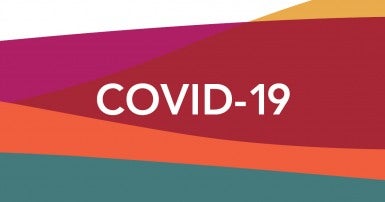 11,500 academic workers at the University of Toronto, who are represented by CUPE 3902, are mobilizing for an education campaign today geared towards teaching each other how to refuse unsafe work during this hazardous return to campus. Contract academic workers are frustrated that the Ford Conservatives are allowing universities like the University of Toronto to lobby for reduced pandemic protection for students and workers.

Following a press conference today by CUPE Ontario’s University Sector, CUPE 3902 launches a series of online information sessions for members and the extended U of T community on workers’ rights under the Occupational Health and Safety Act. Measures like capacity limits and physical distancing requirements are crucial for the safety of indoor instructional spaces. The campaign will therefore empower members to speak out and protect themselves and their families if their work on campus is unsafe.

“Rather than creating a comprehensive plan to bring more workers and students back safely on campus, the University of Toronto lobbied the Ford government for exemptions to Ontario’s Stage 3 safety measures. It’s unconscionable that the university would spend tuition fees and donations on lobbying the Ford Conservatives for less protections against COVID-19,” says Amy Conwell, Chair of CUPE 3902.

U of T’s Governing Council and President Meric Gertler embraced the opening up of campus and lifting of regulations, disrespecting the significant concerns raised on behalf of the community.

“As a first step to resolving this recipe for disaster,” continues Conwell, “President Gertler and the Governing Council must reverse course on these exemptions. Post-secondary institutions are close-quarters, congregate settings, petri dishes for the Delta variant and other variants to come. Our members need capacity limits and distancing measures in order to do their work safely.”

In Ontario, workers are guaranteed the right to be informed about workplace hazards, form Joint Health and Safety Committees in their workplace, and refuse unsafe work. Members of CUPE Local 3902 have already reached out with great concern. Some are making the hard choice to turn down contracts or resign rather than put themselves and their families at risk.

“Our members are already precarious, contract-based workers,” says Conwell. “It’s unacceptable that they would have to take a pay cut in order to keep their families safe. Schools are able to institute their own safer rules, so we call on U of T to do the same.”