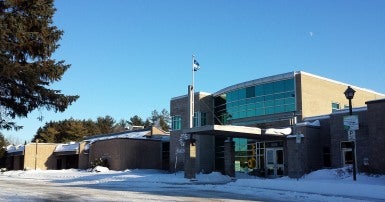 Municipal workers with the Town of Blainville, QC, showed up at a Blainville town council meeting last night. The union members, who have been without a collective agreement for close to three years, have been demanding wage increases comparable to what the Town has awarded to its firefighters.

The union representatives called out the elected officials for their stubbornness in refusing to deal with their employees fairly. Both locals have been given a strike mandate by their members, to be used with the time is deemed right.

Negotiations have been dragging on, particularly with respect to the demands of the outside workers. Even working with conciliator has not produced results.

As for the inside workers, the parties reached a tentative agreement last week that will be submitted to the members for approval next November 20.

According to the union representative assigned to both locals, the other major issue in these negotiations is contracting out. “We will not allow the jobs of municipal workers to be shipped out to the private sector,” warned Michel Gratton.