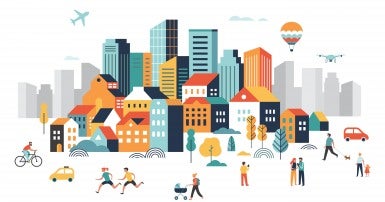 CUPE is calling on Prime Minister Trudeau to stop delaying and act now to provide urgently-needed support to Canada’s municipalities, which are facing critical funding shortages that have already led to massive layoffs and could lead to service shutdowns.

On Monday, CUPE National President Mark Hancock wrote to the Prime Minister, adding the voice of Canada’s largest union to the growing calls for immediate assistance to Canada’s local governments.

“Municipal governments have few fiscal tools to address the immediate financial crisis they find themselves in,” said Hancock. “They need the federal government to step up and provide support. So do our members.”

CUPE represents more than 150,000 workers in the municipal sector across Canada, who provide essential services to their communities. Already, roughly 50,000 of those workers have been laid off.

As revenues from transit, property taxes and other traditional sources plummet because of the COVID-19 pandemic, municipalities are facing unprecedented funding shortfalls that are threatening to shut down even the most basic services like public transit.

“From water and waste services, to transportation and traffic, to emergency responders, municipal services must continue,” wrote Hancock. “To draw back these services would multiply the negative impacts of the public health crisis and surely cost lives.”

Hancock called on the government to provide $10 billion to help municipalities maintain their short-term operations, as requested by the Federation of Canadian Municipalities. He also called on the federal government to expand eligibility for the Canada Emergency Wage Subsidy (CEWS), which currently excludes public sector employers. Doing so “will relieve some pressure from municipal employers, and ensure our vital municipal services remain staffed,” wrote Hancock.