Assessing multiple employer wage offers and comparing them to union demands is no small task. Fortunately, there is a method to help you make the right decision. It also lets you compare employer offers to union demands.

In order to fully understand how to do this, we will use a fictitious example in which the planned collective agreement would be in effect from 2017 to 2021, a five-year period over which the employer wants to allocate a wage increase of 12.5 per cent.

Use the same calculation for the other years.

To compare the offers, use the total amount paid throughout the collective agreement period and the final increase percentage, obtained by dividing the final wages by the initial wages, minus 1, and then multiplying by 100:

For the lump sum example, the final wages correspond to those of 2018 because this is the last year for which a wage increase was offered.

Once all calculations have been completed, you will observe that, in terms of the total amount paid to members over five years, the second offer is best. On the other hand, the first offer’s final wages are slightly higher than the other offers. See the table below for an overview of the various offers.

NOTE: CUPE urges local unions to be cautious when agreeing to long-term deals. Consideration needs to be given to inflation projections, job security provisions and employer plans to restructure over the term of the agreement. 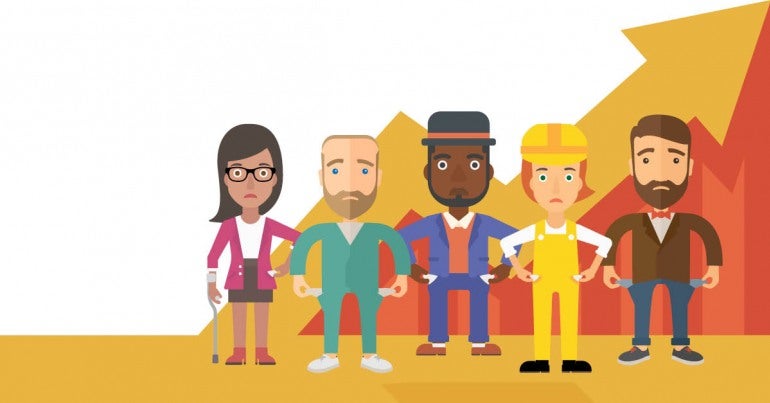