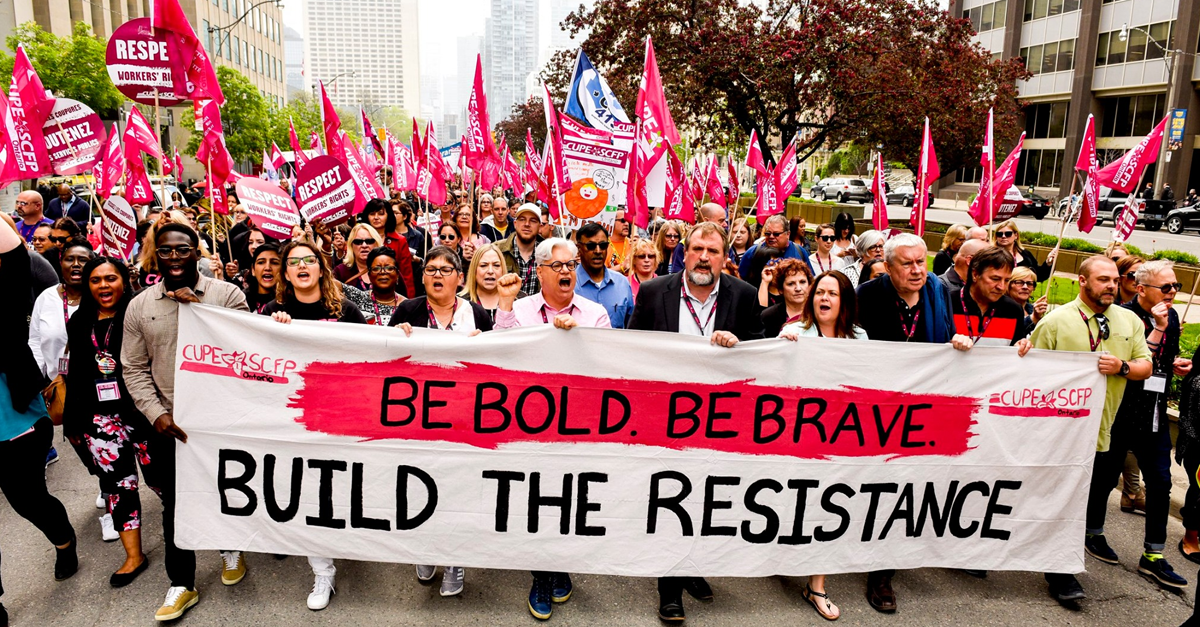 Legislation tabled yesterday at Queen’s Park that would violate public employees’ right to engage in free collective bargaining is a continuation of the Ford government’s assault on the people of Ontario, said the leader of the Ontario Division of the Canadian Union of Public Employees.

Fred Hahn made the comments yesterday after the government tabled so-called ‘wage restraint’ legislation that will affect union and non-union employees.

“Over and over again, we see the Ford government continuing its assault on the people of Ontario. We saw it when they cancelled a scheduled increase to the minimum wage and when they stalled increases to social assistance. We saw it when they passed a budget that has resulted in devastating cutbacks to schools, universities, health care, social service agencies, libraries and a host of other services,” said Hahn.

“Now, after a sham consultation, the Ford government is showing its hand again, targeting hardworking front-line workers with legislation aimed at driving down wages, benefits and working conditions for public employees. In CUPE, our members make an average salary of $40,000 a year, and over the last decade, if there have been pay increases at all, they have not kept pace with inflation. The government is sending a clear message to other employers that it’s open season on their employees as well,” he added.

“A government which forgoes billions in revenues, wastes hundreds of millions (and possibly another billion) more by casting aside signed contracts, which then tries to balance the books on the backs of hundreds of thousands of hard-working Ontarians while proclaiming the need for ‘wage restraint’ legislation should be considered a disgrace,” said Hahn.

He went on to urge every Ontarian – not just CUPE members – not to stand for a government that is indifferent to the harm they are causing to the norms and values Ontarians cherish.

“Ontarians need to make their voices heard – in their MPPs offices, in their communities, on the streets and on the grounds of the Legislative Assembly of Ontario. CUPE members will be standing shoulder to shoulder with them. If left to their own devices, Doug Ford and his government will inflict irreparable damage on this province. No one can sit this one out,” said Hahn.