CUPE is encouraged to see Budget 2018 announce the introduction of dedicated “use it or lose it” parental leave for a second parent for a maximum of five weeks. This will help promote greater gender equality in parenting and employment. However, we have concerns that the plan won’t be available to low income parents, or workers in precarious jobs, who either don’t qualify for EI or can’t afford to live off the low benefit level. We hope the government will expand eligibility and improve the benefit when they implement this new leave. CUPE has urged the government to provide 12 weeks as a number of other countries do and ensure that single parents are provided with similar benefits.

Budget 2018 is billed as a gender equality budget which also includes a “gender budget plus” analysis. The strong emphasis and actions on gender equality are certainly welcomed. However, to really make a difference, these measures need to be combined with other actions that will improve working and living standards for the vast majority of Canadian women, like a national affordable childcare plan, additional funding for social services, and introduction of a $15 per hour national minimum wage.

For a so-called gender equality budget, CUPE is disappointed to see virtually no new supports for child care. CUPE and child care advocates have called on the federal government to increase funding for childcare by $1 billion annually until the benchmark of 1% of GDP is met and to ensure that all funding goes to public/non-profit services.

CUPE supports the Blueprint for National Action Plan on Violence against Women. Unfortunately, at just $86 million over five years, Budget 2018 provides far less than advocates had hoped for to effectively resource a national action plan to address violence against women. CUPE has also called for further improvements to the federal Labour Code, including ten days of paid leave for survivors of family violence.

Budget 2018 announces the creation of an advisory council, chaired by former Ontario Health Minister Eric Hoskins, to consult and provide the government with options on how to proceed with a national pharmacare program – but they have committed no financial resources in their five-year budget projections. For years, CUPE has been calling on the government to establish a universal pharmacare program to assist the millions of Canadians who don’t have prescription drug coverage, and too often have to choose between paying for rent and groceries or refilling their prescriptions. After studies by the Parliamentary Budget Officer, the Standing Committee on Health, and a motion in Parliament to implement pharmacare which the Trudeau government voted against in October 2017, CUPE believes the time for more study on pharmacare is past. It’s time for the federal government to make a real political and financial commitment to making pharmacare a reality.

Budget 2018 details how the government will replace the Working Income Tax Benefit (WITB) with the Canada Workers Benefit (CWB), and makes the credit more generous and more accessible. CUPE welcomes expansion of the benefit, as well as the more gradual phase-out, and the fact that enrollment will now be automatic. While the CWB has a role to play, bringing in a national minimum wage at $15 per hour would do more to help the working poor and at a lower cost to the government.

Budget 2018 commits $5 billion over five years to programs aiming to improve the lives of Indigenous peoples, including $1.4 billion over five years for First Nations child and family services to comply with the Canada Human Rights Tribunal decision. Additional funding for housing, tuberculosis treatment, and improving access to clean drinking water is welcome, but in all cases, falls below what CUPE had hoped to see in the budget, and what is truly needed to close the gap for Indigenous peoples in Canada.

CUPE supported the Alternative Federal Budget’s call for $1.4 billion over three years to expand protection of our lands to 17% and of our oceans to 10% by 2020. We are encouraged to see the government commit $1.3 billion to conservation initiatives in Budget 2018.

Over the past year, CUPE has been calling on the government to further expand the CPP and the GIS and to withdraw Bill C-27 which allows for retroactive conversion to less secure target benefit plans. Unfortunately, Budget 2018 is silent on these matters. Even more disappointing, the Budget offers no concrete action or solution to protect Canadian workers’ retirement savings when their company goes bankrupt, as former Sears employees tragically experienced in 2017.

Budget 2018 once again fails to fairly tax foreign digital companies such as Google and Facebook and maintains a tax bias that hurts Canadian businesses and kills jobs in all sectors, particularly in media and broadcasting. The Liberals have also failed to live up to their promise to eliminate regressive and ineffective tax loopholes that overwhelmingly benefit the wealthiest. Eliminating these would not only provide the federal government with many billions more in annual revenue; they would also substantially increase provincial government revenues as well.

Canada’s media and cultural industries are being severely damaged by the tax loopholes that benefit foreign digital companies and platforms at the expense of Canadian producers and workers and that cost the federal government at least $1 billion in revenues. CUPE has called for the government to require digital giants like Uber, Google and Facebook to collect and remit sales tax like any other business, but Budget 2018 is silent on the matter. Instead, the Budget marks $172 million over five years to support the Canadian Media Fund. While this public funding is welcomed, it addresses the symptoms without curing the disease: digital media companies neither being taxed fairly nor contributing to the Canada Media Fund.

CUPE is pleased to see the introduction of the EI Working While on Claim Benefit pilot project to extend benefits to claimants on maternity and sickness leave. The benefit will allow claimants to keep 50 cents for every dollar they earn, up to 90 per cent of their weekly insurable earnings. 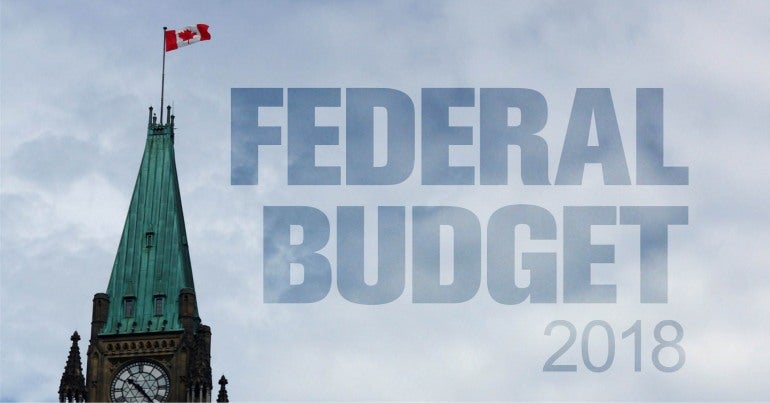