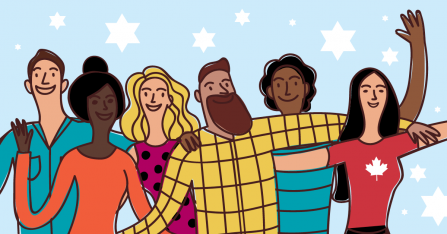 The Jewish community has long played a central role in labour struggles and in the fight against discrimination in Canada. In 1947, the Jewish Labour Committee successfully lobbied to pass the first anti-discrimination resolution at the Canadian Congress of Labour, demanding “vigorous action” in “the fight for full equality for all peoples, regardless of race, colour, creed, or national origin.”

For Jewish Heritage Month, CUPE honours the historic role of the Jewish community in the promotion and defense of labour rights and social justice, and we call on our members to take action against the growing tide of antisemitism in our country and around the world.

As part of our celebration this year, we encourage members to learn more about the Jewish-Canadian trade unionist and Montrealer Kalmen Kaplansky. Known as the zayde (grandfather) of the Canadian human rights movement, Kalmen spearheaded efforts to pass the first legislation in Canada banning discriminatory hiring practices against racial and ethnic minorities.