US data explores gaps between CEO and worker compensation

The AFL-CIO has started tracking the compensation of CEOs and the CEO-to-worker pay ratio, and is publishing the data at aflcio.org/paywatch. They have found that the average CEO-to-worker pay ratio in the United States is 287 to 1. The data recently became publicly available because of Obama-era legislation - the Dodd-Frank Wall Street Reform and Consumer Protection Act. This act requires that publicly traded companies disclose information about executive compensation and the ratio of CEO pay to the median pay of workers (note: median means middle – half of the people in the company would make more, half would make less.) The AFL-CIO argues that this information is crucial for exposing companies that invest more in their executives than in their workers. This data could also signal positive outcomes - a lower ratio would indicate that a company creates higher-quality jobs and invests more in the long-term success of the company. Canada does not currently have similar legislation - considering the growing wage imbalance here, that might be an option worth exploring. 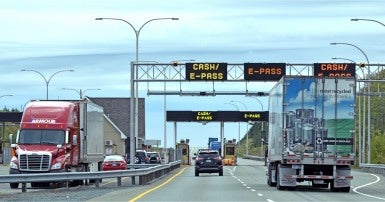 A recent Canadian Centre for Policy Alternatives (CCPA) - Nova Scotia study, Highway Robbery, outlines the pitfalls of using a P3 model to build highways. One example cited was the Cobequid Pass Toll Highway, which was built in 1996-97 as a P3 project. The study found that, compared to traditional government procurement, the project cost an additional $102 million for financing, $121 million for operations, and $9 million for maintenance. To add to this burden, the quality of maintenance on the highway was so poor that this responsibility was eventually assumed by the province. The lessons of this failure have not been learned, as the provincial government is currently considering bids for another P3 highway near Antigonish. The study estimates that higher financing and construction costs in the P3 model will add at least $119 million in extra costs to the project.