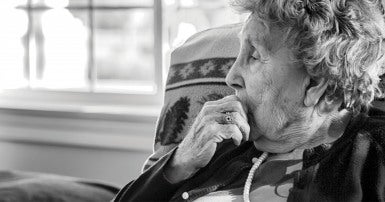 Abysmal COVID-19 outcomes in for-profit long-term care homes have put their operators under a much-needed microscope. Revera Living is Canada’s second largest for-profit long-term care home operator, and is wholly owned by the Public Sector Pension Investment Board, a Canadian crown corporation. A new report pieces together Revera’s subsidiaries and partnerships, finding a complicated web of tax avoidance in their UK operations. The report finds that top Revera executives are also directors of dozens of partnerships in tax havens that form part of an aggressive tax avoidance strategy. Current legislation does not require the same level of financial reporting for Revera’s Canadian and US operations. The report recommends that the federal government require clear and public financial reporting for corporations and pension funds.

While most know trickle-down economics doesn’t work, Alberta Premier Jason Kenney still justified steep tax cuts in 2019 on the premise they would create jobs and boost growth. Finally, there’s indisputable evidence this approach doesn’t work. Economists at the London School of Economics analyzed more than 50 years of data on tax cuts across 18 high-income countries in Europe and North America. Using advanced statistical methods, they conclusively found that tax cuts for the rich do not stimulate economic growth or have any impact on job creation. The data did show that tax cuts increase the share of income going to the top one per cent.

To spend, or not to spend?

The US government is considering spending nearly $2 trillion on stimulus and recovery, an amount that would normally cause great concern in global financial circles. But it seems economists at the International Monetary Fund have had a change of heart. They’ve dismissed concerns about too much stimulus causing inflation and argue the greater risk is governments withdrawing pandemic support too early. Janet Yellen, the US Treasury Secretary, has said the US government needs to “act big,” and for now it seems the international consensus is on her side. This is good news for proponents of continued fiscal stimulus in Canada.