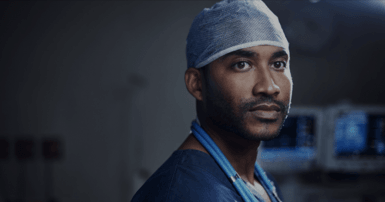 CUPE is urging governments planning for a post-pandemic recovery to heed the warnings of a new report that looks at the costs and consequences of privatization and outlines a public way forward.

Our union was on the Canadian Labour Congress task force that produced For the Public Good: The growing threat of privatization and workers’ proposals to protect our future.

The report shines a light on new forces driving privatization, including the Canada Infrastructure Bank, which brokers expensive and risky privatization deals that are shrouded in secrecy. It also highlights the dangers of new forms of privatization like social impact bonds.

The report’s detailed recommendations are especially relevant as governments work to rebuild and recover after the pandemic.

“New privatization threats are already surfacing, including the federal Liberals promoting the infrastructure bank and its profit-driven schemes to stimulate the economy. Public services are the lifeline that’s pulled us through the pandemic. Privatization will make life worse, not better. We’re calling on all governments to keep profits out of our pandemic recovery and rebuild with fully public services and systems,” says CUPE National President Mark Hancock.

For the Public Good calls on governments to reinvest in strong and expanded public services and programs that are funded by fair taxation, take back ownership and control of public infrastructure, and stop promoting expensive and risky privatization deals at home and around the world. The report also looks at the role of pension funds in promoting and profiting from privatized infrastructure, highlighting the risks of for-profit projects.

CUPE has led many successful fights against privatization and is currently campaigning to fix Canada’s long-term care system by making it a part of our public universal health care system. COVID-19 has exposed the tragic and shocking crisis in long-term care, highlighting how privatization damages public services.

“Privatization isn’t just a waste of public funds. It also hurts people who need services, and the workers who deliver services. Our members know first hand there’s no room for profit in public services, and CUPE will be fighting alongside them to build a better future,” says CUPE National Secretary-Treasurer Charles Fleury.