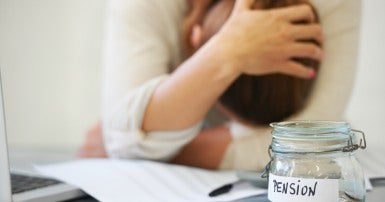 CUPE National President Mark Hancock sent a letter to the Prime Minister this week to impress upon the fact that while the Canada Pension Plan (CPP) has been expanded, there remain significant flaws that must be remedied to allow a more secure and dignified retirement for all Canadians.

After significant pressure from the labour movement and other sectors, in 2016 Canada’s federal and provincial governments achieved a historic deal to expand the Canada Pension Plan (CPP) by introducing and passing Bill C-26. This was the first expansion of CPP benefits since the plan was established 50 years ago and CUPE applauds the provincial and federal governments who worked to make it a reality.

Unfortunately, C-26 contained significant and avoidable flaws that must be immediately remedied. As it currently stands, workers with child-raising responsibilities and persons with disabilities have been excluded from the expanded portion of the CPP. This will unfairly penalize women and persons with disabilities when it comes time to collect their new CPP benefits.

No government would think it fair to penalize persons with disabilities, or workers who took time away from the paid workforce to provide care for their young children. Staying true to the commitment of a more secure and dignified retirement for all Canadians is of the utmost importance. The time to fix this oversight is now.