Coalition to Wall: Don’t turn your back on Tommy’s legacy 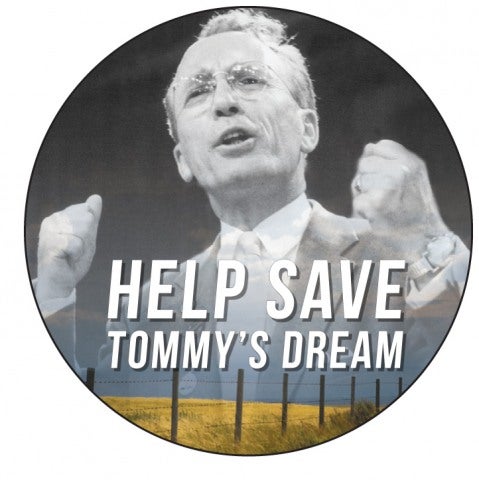 REGINA - Today, on Tommy Douglas’s birthday, concerned groups are joining together to raise awareness about the creeping privatization of health care in Saskatchewan.

“Tommy Douglas was born 110 years ago today. His contributions to this province and this country are remembered as some of the great achievements in Canadian history,” said Stan Rice, president of the Saskatchewan Health Coalition. “But in Saskatchewan, his greatest legacy – public Medicare – is being attacked.”

Since elected in 2007, Brad Wall has been slowly chipping away at public health care.

“From privatizing hospital laundry to contracting out day surgeries to new public-private partnerships for infrastructure, what we are seeing is a sell-off of our most valued public service,” said Barb Cape, president of SEIU-West. “Our province was a leader in creating public Medicare, but our provincial government is turning its back on this legacy.”

Premier Brad Wall is now considering introducing a private, pay-per-use MRI service where patients can pay for priority treatment and move ahead of the queue. The government has suggested private services will reduce wait times, but all of the evidence from other jurisdictions shows for-profit clinics poach scarce health professionals from the public system, exacerbate wait times and increase the cost of health services.

“One of the biggest barriers to accessing health services is long wait times, yet in Alberta, where private clinics exist, data from the Canadian Institute for Health Information shows the typical patient waits almost 3 times longer for an MRI than in Saskatchewan,” notes SUN president, Tracy Zambory. “Pan-Canadian evidence and data must be at the centre of any discussions on this issue.”

“The evidence is quite clear, when parallel for-profit health services are introduced, the result is greater wait times and growing inequities within the public system. In these systems the patients in greatest need wait longer while those who can afford it pay to receive priority treatment,” said Dr. Ryan Meili, vice-chair of Canadian Doctors for Medicare. “There are better solutions to wait times, and they involve strengthening Medicare, not undermining it.”

“If Brad Wall is serious about reducing waitlists, and serious about providing high quality patient care, the Saskatchewan government needs to start investing in public infrastructure, like the Plains Surgery Centre in Regina,” said Gordon Campbell, president of the CUPE Health Care Council.  “It is time for the government to stop expanding the profit margins of private companies, and start investing in public infrastructure and public solutions.”

Background of privatization in Saskatchewan

In 2007, when Brad Wall and the Sask. Party were elected, they promised to not privatize public services.

However, Brad Wall’s right wing government is moving to privatize many of Saskatchewan’s public services and crown corporations. Health care is seeing the full brunt of the privatization agenda.

In Regina, more and more services are being contracted out to for-profit corporations. Aspen Medical has been given contracts to perform close to 40 types of day surgeries. Regina Qu’Appelle Health Region contracts out 42,500 CT scans per year to the Radiology Associates of Regina and 5,500 MRIs a year to Mayfair Diagnostics Regina. Endoscopy services are also going to be contracted out to an unknown private, for-profit company starting in May 2015.

In Saskatoon, a private company, SurgiCentre Inc, is also performing surgeries. In North Battleford, the new Sask. Hospital will be privately financed, built and maintained. Similarly, the new long term care home in Swift Current is also a P3. In 2010, The Ministry of Health announced a pilot funding project for a 100-bed long term care facility to be privately built, owned and operated by Amicus Health Care in Saskatoon.  This facility, known as Samaritan Place, was created using a funding arrangement that resembles a P3 model, and it was acknowledged that transparency was lacking in this project.

In May of 2010, the government of Saskatchewan announced it would be closing six regional hospital laundries, and K-Bro Linens of Alberta would build a new private laundry facility in Regina to service the province.  Over 300 workers in Prince Albert, Saskatoon, Regina, Yorkton, Weyburn and Moose Jaw will lose their jobs.

The government is now looking at developing business cases for over ten hospital services, including food services, pharmacies, laboratories, medical transcription and facility management,  that may lead to further privatization.

The latest move towards private MRIs is in direct conflict with previous statements from Brad Wall. In 2008, Brad Wall said, “The premier said offering medical services such as an MRI for a fee “seems to be outside the Canada Health Act” and is an area where the government doesn’t want to tread.”