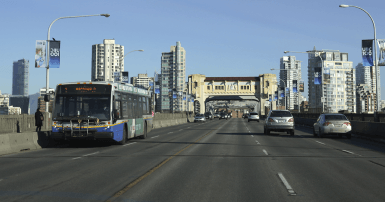 This week the City of Vancouver and Local 1004 of the Canadian Union of Public Employees (CUPE), representing outside workers at the City and employees of the Vancouver Parks Board, opened collective bargaining in the first of several such negotiations taking place across the BC South Coast this fall. The union has identified affordability as a key issue in the negotiations.

“Our members love working for the city and serving the public, and they care deeply about the diverse communities that make up the City of Vancouver,” said CUPE 1004 President Andrew Ledger. “Unfortunately, for many of our members, living in the communities they serve has become less and less affordable.”

Statistics Canada inflation figures for Vancouver across 2016, 2017, 2018 show average increases of 2.4 percent per year. BC Stats reports that inflation in Vancouver remained above 2 percent as of this August, and that inflation in Vancouver has outpaced the Canadian average in each month since at least June of 2017, the earliest date referenced in the report. The union points to these figures as representative of the current affordability crisis facing their members.

“Whether it’s workers commuting long distances to work in a community they can’t afford to live in, or employers losing highly qualified and skilled workers to more affordable communities, the current dynamic is not sustainable,” said Ledger. “We already know that the allowable annual rental increases for 2020 will be 2.6 percent, adding further pressure to an already unaffordable rental market in Vancouver.”

CUPE 1004 represents more than 1,500 City of Vancouver and Park Board employees. Nearly all collective agreements between municipal workers and their respective employers across the South Coast are set to expire in the next two years, affecting more than 20,000 workers in communities from Pemberton through to Hope.

The Canadian Union of Public Employees is Canada’s largest labour union with more than 680,000 members across Canada and more than 97,000 in British Columbia.