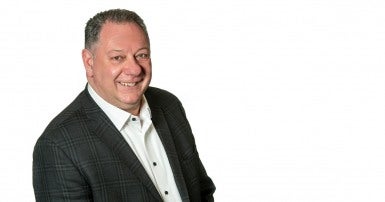 Benoit Bouchard had held the position of Secretary-General of CUPE Quebec since 2016, and Vice-President representing Quebec on CUPE National Executive since 2015.

Benoît’s involvement in the union movement began with multiple unionizing campaigns in the Saguenay region with Hydro-Québec. These campaigns resulted in the establishment of CUPE 4250 in 2000.

Since then, he has served CUPE Local 4250 as Vice-President, representing the Quebec and Est-du-Québec regions from 2002 to 2005. He was then served as President of CUPE 4250 for 11 years. He was director of the energy sector at the General Council from 2007 and in 2013, he became a member of the CUPE Quebec office.

Benoît is also a member of the board of directors of Caisse Hydro Desjardins and the chair since 2012. He also serves as the chair of Maison Tangente, a shelter for underprivileged youth between ages 18 and 25. Since 2018, he has been President of the international NGO “Droit à l’énergie SOS futur”, which fights for better access to sustainable energy for all, in all regions of the world, based in Montreuil, France.