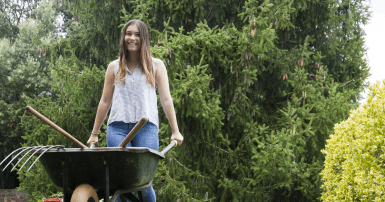 Exasperated at seeing the City of Sherbrooke underpaying its student employees, CUPE 2729 submitted an application for certification to the Administrative Labour Tribunal last July 18 for the purpose of including the students in its collective agreement.

The City of Sherbrooke employs about 80 students, who perform blue-collar duties such as park maintenance, horticulture, etc.

The City has not touched its student employee compensation policy further to the Commission des droits de la personne et des droits de la jeunesse decision in 2017 in the ABI case. The Commission ruled that offering a different wage to students who perform similar duties merely due to their student status was discriminatory.

Marc Turcotte, the vice-president of CUPE 2729 who is responsible for this case, said that “organizing student employees will force the City to review its compensation policy and will limit instances of students being used as cheap labour as they do blue-collar work.”

The students will also gain recognition for the hours they worked during previous seasons if they wish to return to the City.

CUPE salutes the initiative taken by CUPE 2729. “Students are tomorrow’s blue-collar workers, if they want to be. It is imperative that CUPE locals make room for them today so that they are supportive of our struggles,” said Marc Ranger, the Director of CUPE-Quebec.