This column was first published in French, in the June 5, 2017 edition of Le Devoir. 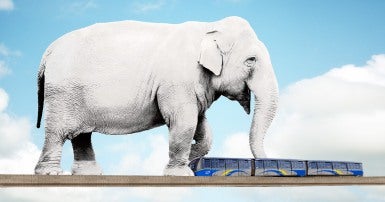 Early last summer, the CDPQ Infra, a subsidiary of Québec’s Caisse de dépot et placement, presented its plans for the Réseau électrique métropolitain (REM) light rail network - a project that was developed under the strictest secrecy. In an effort to accelerate the project, the Quebec government has disregarded several of its democratic traditions: the environmental assessment was incomplete; the provincial environmental review board (Bureau d’audiences publiques sur l’environnement – BAPE) hearings were cut short in the middle of summer; there is a failure to comply with the BAPE’s recommendations; and the project is going ahead without any public presentation of its economic justification. For example, a Hydro-Québec project could never be authorized without making the economic case for it.

However, all these shortcuts don’t appear to be enough for the government. Now, it is introducing Bill 137 to further accelerate the REM’s development. In doing this, the government is depriving citizens of their right to challenge expropriations deemed necessary by the Caisse.

One might think that these exceptional measures are justifiable, and that the REM would be in the public interest because of the urgent need to develop public transit, reduce vehicle congestion and electrify public transit in order to reduce greenhouse gas (GHG) emissions. But the reality is quite different.

The best independent evaluation of the project is the one conducted by the BAPE. This evaluation concluded that 90 per cent of potential REM users already use public transit. Of the 10 per cent of new users, 80 per cent will still use a car to get to a REM parking lot. Only two per cent of REM users will stop using their cars. What’s even worse is that the REM will encourage urban sprawl, which increases vehicle use. So overall, there will be no reduction in congestion or greenhouse gas emissions. Once fare increases resulting from the REM are factored in, it is even possible there will be an overall decrease in the use of public transit.

The whole discourse around the REM also neglects to mention the likely cost overruns. With large projects that are carried out too quickly, a 30 per cent cost overrun is common. For the REM, this represents an additional cost of almost $2 billion, for which the Government of Quebec will be responsible. The REM is not in the public interest and there is no reason to speed it up.

In fact, Bill 137, which is currently being debated in parliamentary committee in the Quebec National Assembly, does much more than just speed the project up. Other concerns include:

Why is the government introducing such a draconian bill? Because it knows that the project comes at a high price. With this bill, the government is trying to ensure that a number of other players are locked into paying for a large part of the REM – before any frank discussions on costs. Bill 137 takes away municipalities’ right to challenge the costs. These municipalities will have to pay for a large portion of the project without being able to raise property taxes. And the ARTM will be obliged to pay $510 million towards the REM, which will force it to raise its rates.

A good public transport system, that benefits citizens, would not require all these violations of democracy. Three quotations from the Mayor of Laval in a parliamentary committee summarize the situation:

“The provisions of Bill 137 take precedence over those of any other Act … The powers given to the Caisse under the bill are greater than those of the government or its ministers…”;

“[Reading the articles of the bill] we perceived the elimination of the power of the municipalities”;

“The urgency of advancing the REM is emphasized but never explained.”

In addition to these points, there is also the BAPE’s loss of authority, and the fact that those who are expropriated will no longer be able to protect their rights by challenging the expropriation in court. In order to advance a bad project, the Couillard government is shamelessly flouting democratic processes and even infringing on fundamental rights. It’s time for Quebecers to rise up against such a blatant abuse of power.