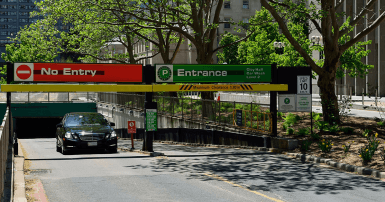 Toronto Parking Authority workers are at the bargaining table and have been since day one, waiting for the employer to immediately come back to the table and negotiate a deal to avoid a labour disruption. The employer has had ample time to respond to the union’s reasonable proposals and unnecessary delays are putting the city’s ability to generate crucial revenues at risk.

“Workers at Toronto Parking Authority took a 20 percent pay cut and experienced mass layoffs during the pandemic to help mitigate parking revenue loss. We are in collective bargaining to protect vital parking infrastructure and enhance revenues for the City of Toronto,” says Eddie Mariconda, President of CUPE 416. “Of the revenues generated, a significant 55 cents on the dollar goes directly back into city services such as parks, recreation, and capital expansion. Prior to the pandemic, CUPE 416 members generated approximately $85 million in revenue annually.”

The union’s latest pass at the bargaining table has yet to be responded to by the employer. Meanwhile, a countdown to possible job action, triggered by a No Board report filed by the Ministry of Labour, Training and Skills Development, quickly approaches a possible strike or lockout deadline.

“Members are looking for fairness and respect—our proposals at the bargaining table are modest, reasonable, and in line with previous contracts negotiated between the local and the city,” says Mariconda. “We need parking now more than ever to support local businesses, visit loved ones, and to keep our city moving forward.”

The union argues that punishing workers at the bargaining table will significantly hinder the city’s ability to recoup revenues lost because of the COVID-19 pandemic.

Both parties will be in a legal strike or lockout position as of 12:01 a.m. on Saturday, October 16.