Tax havens: the billions that get away 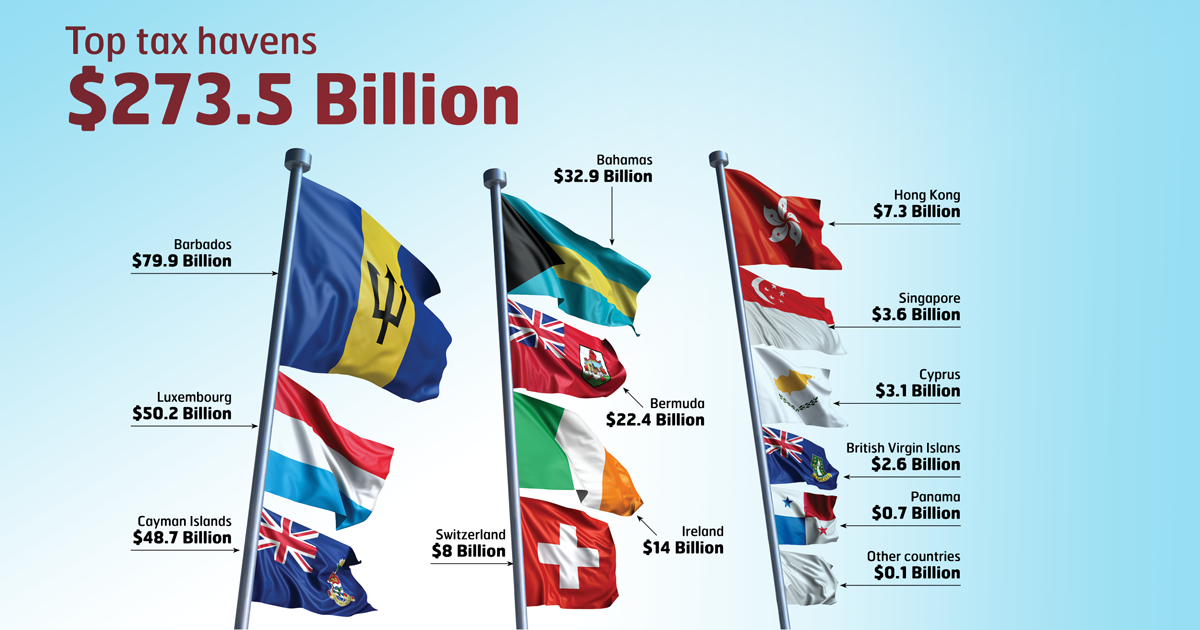 While many politicians are defending the need for austerity policies, our governments are losing billions of dollars because of tax havens.

A country is considered to be a tax haven when it allows private companies - or individuals - to pay zero taxes or to be taxed at a ridiculously low rate. These tax havens enable large corporations and the wealthy to circumvent the rules and evade paying taxes in their own country.

It is estimated that at least $270 billion are “invested” by Canadian companies in tax havens (including Barbados, Luxembourg, the Cayman Islands, the Bahamas and Bermuda).

CUPE Economist Toby Sanger believes the problem is even bigger. “There’s a difference between tax avoidance, considered legal, and tax evasion, which isn’t. But tax havens aren’t just used to avoid and evade taxes; they’re also secretive jurisdictions used to hide money from creditors and to launder the proceeds of crime and fraud,” he said.

Since these tax schemes are often secret, complex and murky, it is difficult to determine the precise amount of government revenue lost. Dennis Howlett, director of Canadians for Tax Fairness, believes this figure could be as high as $7.8 billion annually.

Author Alain Deneault, a researcher at the Réseau pour la Justice Fiscale [Tax Justice Network], thinks that the situation is even more serious. “The data we have from Statistics Canada is based on the figures reported by businesses. That’s just the tip of the iceberg. You can bet that a lot more money is evading the tax collectors,” he said.

According to Deneault, the existence of tax havens leads to “tax competition” between countries, causing them to lower their own taxes on the income of wealthy people and large private corporations. This has the effect of increasing the deficit and justifying the reduction of services or the introduction of service fees.

“Public services are cut on the pretext that there is no funding,” says Sanger. “But that’s a lie.”

“Canada is responsible for its own misfortune,” said Deneault. “Canada knowingly signed agree­ments with these tax havens, allowing Canadian investors to reduce their taxes.”

The only good news is that we can collectively make the choice to reverse this trend.