SAQ: A truce has been called and strike action is suspended for now 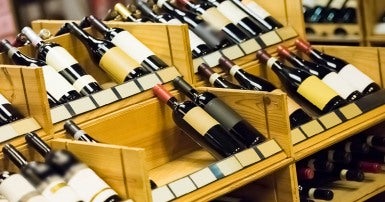 The union representing approximately 800 employees working in warehouses and those delivering products to SAQ sales outlets have announced a truce. As a result, it has suspended strike action until Monday, November 29 at 5 am.

“We didn’t want to take SAQ customers hostage, and since were finally seeing some movement at the bargaining table, we have agreed to suspend strike action for a few days to give talks one last chance. Employees will be therefore going back to work tomorrow, Wednesday morning. The union bargaining committee will pull out all stops at the bargaining table to reach an agreement before Monday,” explained Michel Gratton, CUPE union representative.

Moreover, to reassure the union with regards to the threat to use replacement workers or “scabs,” SAQ management has committed to providing all the addresses of locations where SAQ stores its products.

“We’re a crucial link in the chain that drives the SAQ, and we are by far the least paid employees overall. Our members’ salaries are no longer competitive, and they have to work too many hours of overtime due to the labour shortage, which has caused occupational health and safety problems. In short, the situation was untenable, which explains the strike vote that received 94% support,” added Michel Gratton.