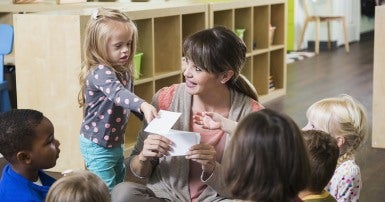 With record voter turnout, inside workers for the Regional Municipality of Waterloo, Ontario, represented by CUPE 1883 voted 90 per cent in favour of authorizing their union to take strike action if they cannot reach a deal that protects vital services from the series of cuts that they have faced during the COVID-19 pandemic.

The union says that the vote does not mean that there will inevitably be a labour dispute, but it shows that the members are serious about negotiating a fair deal that protects frontline workers and vital public services from cuts.

“We are looking for a contract that protects our members and the services that people rely on,” says Noelle Fletcher, president of CUPE 1883. “We have seen our services come under attack at a time when people need them more than ever. In the middle of a pandemic, the Region decided to close childcare centres, centres that are among the only ones who provide care to children with special needs. We’ve seen layoffs of frontline workers when we should be putting all the resources we can toward keeping people safe and keeping services running during the pandemic.”

In addition to the closure of childcare centres and cuts to other services, the Regional Municipality of Waterloo has been eliminating full-time jobs while increasing the number of temporary positions.

“The services we provide are more important than ever and our members have shown that they are willing to step up for the community and do what it takes to keep people safe,” said Fletcher. “We had members take on new roles in long-term care, public health, shelters and COVID clinics because that’s what the community needed. We’ve been here for the people of the region. And while there is no shortage of work to be done, we are seeing full-time jobs eliminated or turned into temporary positions. There is simply no excuse for eliminating good jobs in the Region when the cost of living is skyrocketing and our services are more necessary than ever.”

Negotiations between the two parties will continue with a provincially appointed conciliation officer, however no upcoming dates have been scheduled. Fletcher says “the Region initiated filing for conciliation, which moves us that much closer to a potential labour disruption. Our members want to continue providing good quality service to the residents of the Region.”

CUPE 1883 represents over 900 inside workers, whose services include public health, IT, finance, housing, museums, libraries, by-law enforcement, engineering, airport, landfill, transportation and social services, among others. Their last collective agreement was a four-year contract that expired on June 30, 2020.