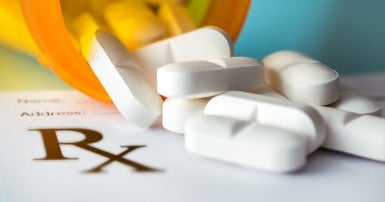 CUPE, along with the Canadian Health Coalition and over a hundred allies, are calling on the federal government to act immediately to implement a national public prescription drug program that covers everyone. Released today, the new Pharmacare Now joint statement calls for the adoption of a comprehensive Pharmacare program within the Liberal government’s current mandate.

Pharmacare was one of CUPE’s top priorities in the recent federal election. In the context of a minority government, we urge the Liberal government to work with all parties to ensure a comprehensive Pharmacare plan is implemented within its mandate. The NDP has already sent strong signals that Pharmacare must be included in the Speech from the Throne. Singh has explicitly called on the Liberals to implement a national public Pharmacare plan in 2020.

Now is the time to continue to pressure the government for better prescription medication coverage for everyone, which will lower the costs of prescription drugs and ensure access is based on need, not an ability to pay.

Canada is the only developed country in the world with universal health care that does not include prescription drugs. Canadians pay the third highest per person costs for prescription drugs, after the United States and Switzerland. And we pay the second highest price for generic drugs in the world. Canada’s current patchwork system of over 100,000 private and 100 public insurance plans is inefficient, expensive, and unfair.

A National Public Drug Plan will ensure that access to prescription medications is equitable, improve the health of Canadians, and lower the cost of prescription drugs for families, workers, governments, and employers. No one should have to worry about paying for the medication they need when they need them.