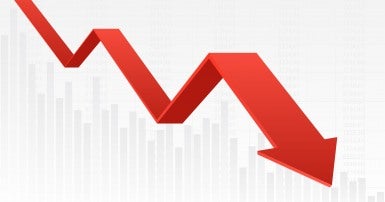 “Investment returns are a critical part of funding the pensions of front-line workers. Unlike the comparable eight large defined benefit pension plans and funds in Canada, OMERS has fallen short on that front,” said Fred Hahn, President of CUPE Ontario. “Not only were their 2020 returns shockingly below that of comparable pension plans, but we have seen, over time, OMERS regularly falling short of even their own, internal benchmarks. This is at least a decade-long problem. We need to find out why OMERS continues to post such poor investment returns. As the largest representative of workers in this plan, we want to ensure hard-working members’ pensions are protected and that they aren’t asked to pay for OMERS’ mistakes.”

OMERS’ claim that its 2020 return of -2.7%, or a loss of $3-billion, was due to the economic impacts of COVID-19 is unsupported in comparison to other major plans who were investing in the same economic climate and had healthy returns regardless. As well, though OMERS has publicly claimed its 2020 results were an anomaly and in no way indicative of its strength as a long-term investor, the report’s comparison of OMERS’ 10-year returns with those of eight comparable plans, in periods both before and including 2020, shows those claims are simply not accurate.

As the report details, over that much longer period of time, OMERS’ investment results still find it at the bottom of the pack for major Canadian pension plans and funds. Additionally, OMERS’ results have fallen short of its own internal benchmarks, and, unlike other major pension plans and funds, OMERS no longer reports this critical information in their annual reporting, making it difficult for plan members and their union representatives to hold their investment managers accountable.

“This blatant issue of lack of transparency, which does not exist in other pension plans, makes it very difficult for sponsors like CUPE Ontario to understand why OMERS continues to underperform,” said Hahn. “We urgently need an independent and fully transparent review conducted by those of us, like CUPE Ontario and other sponsors from both sides of the table, who are the representatives of these hard-working plan members and employers. And we need OMERS to agree to fully co-operate in that independent and fully transparent review.”

“Retirement income security is critical for all workers, and we know that is best accomplished through defined benefit plans like OMERS,” said Hahn. “Many of our members in OMERS are some of the lowest-waged workers in the plan and they have continued working for municipalities, school boards, and child welfare agencies in no small part because they can access a defined benefit pension.”

“Our concern does not lie with the defined benefit model but with the long-term investment return record at OMERS, which falls well short of what it could be and what is being achieved by other large plans and funds. As the largest plan sponsor, we appoint representatives to both OMERS Boards, but restrictive confidentiality rules prevent these representatives from keeping us – and therefore our members – fully-informed about issues at OMERS, including these problematic investment returns. The first thing you need to do to solve a problem is to admit there is one and as this report details, OMERS’ investment issues are not new. It is well past time for plan sponsors to work together to fix OMERS.”