The Harper government is pushing through regulations that will leave flight attendants at greater risk of injury and make air travel less safe for Canadians.

Since 2013 Transport Canada, in a significant reversal of previously held positions, has granted exemptions for airlines to reduce the ratio of flight attendants (FA) to passengers. The exemptions provided to Sunwing, Air Canada (including rouge), Air Transat, Canadian North and Canjet allowed for the companies to change the operational ratio of 1 FA for every 40 passengers to 1 FA for every 50 passenger seats, despite Transport Canada’s admission that the new ratio would impact passenger safety. Since the new attendant to passenger ratio has been implemented many flight attendants have reported a significant change in their workloads. It has been noted that with a decrease in staff there has been little or no decrease in workload.

CUPE has undertaken a campaign and a number of legal challenges to overturn the exemptions.  Mark Brancelj, president of CUPE 4055 (Sunwing flight attendants), who launched the first legal challenge, states that “as flight attendants, we are safety professionals. We are trained to respond to every emergency on a plane. Having fewer flight atten­dants puts everyone on the plane at greater risk during an emergency, including our members. This is a fight we need to win.”

In June the Harper government threw away all pretense that the new ratio was simply a change of heart at Transport Canada and gave the airlines a pre-election gift (valued around three million dollars per year) by making the ratio the new legal standard for the entire airline industry, exceeding what had previously been proposed by Transport Canada. The published regulatory change did not appear in the Canada Gazette – Part I, where new regulatory changes are pre-published to allow for public input. Instead a regulatory change that reduces the health and safety protections for all people who fly on Canadian airlines is being forced through without debate.

“We find this railroading of legislation unacceptable,” said CUPE National President Paul Moist. “These rules are unprecedented anywhere else in the world, they hurt the health and safety of our members and flight passengers and we are in the process of examining all of the options we have to overturn this regulatory change.” 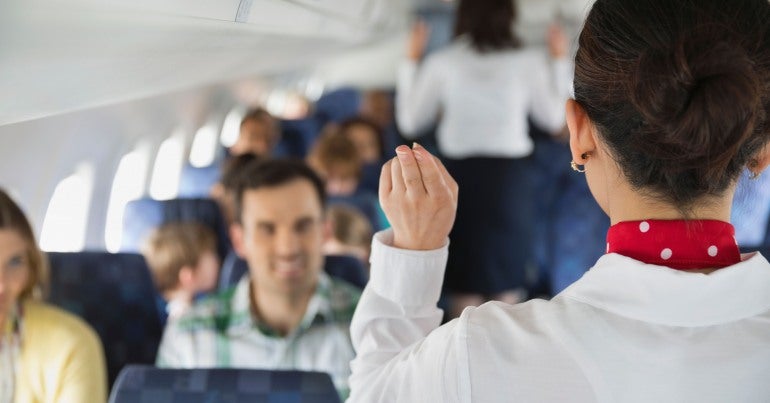