National Secretary-Treasurer Charles Fleury will not reoffer for another term 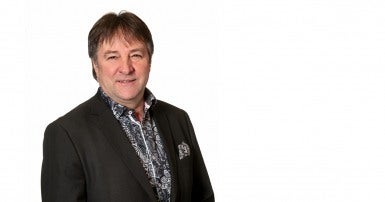 National Secretary-Treasurer Charles Fleury has informed the National Executive Board today that he will not run again at the upcoming CUPE National Convention.

“After careful and considerable discussion with my family and closest confidantes, I have decided to retire and therefore will not be reoffering for another term at the 2021 National Convention in November,” said Fleury. “I have had the very great honour of being your CUPE National Secretary-Treasurer since I was elected at the CUPE National Convention in the fall of 2011. These ten years have been some of the most rewarding and challenging of my life.”

“I will be leaving the National Secretary-Treasurer position but not the movement,” added Fleury.

Charles began his activism with a wildcat strike when he was just 18 years old and his activism grew into many years of leadership in his home local (CUPE 1500 at Hydro Quebec), and decades of involvement in the Quebec labour movement. Since 2003, he has served on the CUPE National Executive Board, where he experienced the incredible diversity and richness of CUPE across the country.

“I can say with full confidence that it has been an honour to hold this position and to represent CUPE members every day. I will continue to be active in the movement and will see you on the picket lines and anywhere union members are taking a stand and fighting for a better future for all,” said Fleury.