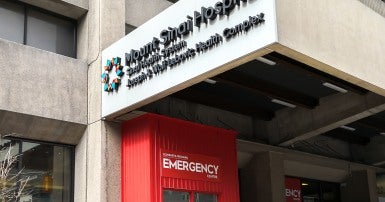 The ballot count was delayed for more than three months by technical objections from the group’s former bargaining agent, NOWU. Finally, on March 15, the Ontario Labour Relations Board (OLRB) ordered the ballots to be counted and announced a decisive win for workers wanting to be represented by CUPE.

“The workers felt they’d been left on their own for years and decided it was time to get solid representation with a democratic union that has superior collective agreements,” said Deb Oldfield, a CUPE representative who has been involved in the organizing drive. “I’m really excited that Mt. Sinai clerical workers now have a path forward together. CUPE has a very strong central hospital agreement, and with hospital workers across the province coming into very difficult bargaining this spring, I’m happy these clerical workers are in a stronger position now.”

As a result of the two votes, 357 full and part-time clerical workers have joined more than 100,000 Ontario healthcare workers who are already in CUPE. Over the last two years, CUPE’s hospital membership in the province has grown by several thousand members with successful service and clerical representation votes at Unity Health Toronto and addition of clerical workers at Campbellford Memorial Hospital.