Mascouche municipal workers will never give up their job security 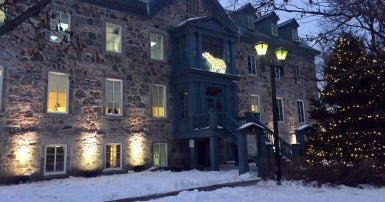 The 130 inside workers of the City of Mascouche, QC, will be off the job during a two-day strike February 12 and 13. CUPE 2118 has been negotiating with the City since January 1, 2017, the date their previous collective agreement expired.

Despite numerous negotiating sessions,  the City will not budge on its unrealistic demands.

“The employer is demanding that we give up job security. We will never let that happen! They can take that to the bank,” declared Michel Gratton, CUPE representative.

The union brought in a mediator to try to find common ground, however, the City has refused to allow the bargaining team to attend the mediation session. Faced with this show of bad faith, CUPE 2118 is hoping a two-day strike will show the employer’s representatives they’re determined to reach a fair deal for the their members.

Service to the public should not be affected, as essential services will continue as part of collective agreement negotiations.