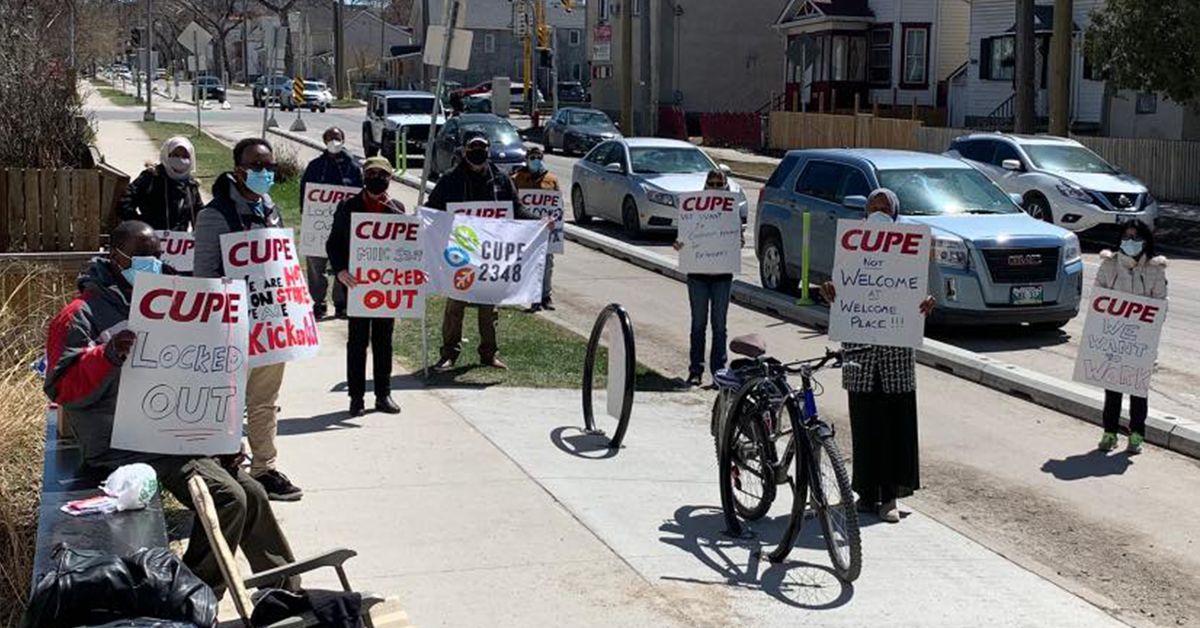 Staff at Winnipeg’s Welcome Place (Manitoba Interfaith Immigration Council) are returning to work after nearly three months of being locked out by their employer.

“CUPE 2348 members at Welcome Place stood their ground and refused to accept concessions that would decimate their collective agreement,” says Vivienne Ho, President of CUPE 2348. “The actions that staff at Welcome Place took are inspiring and shows that workers will not back down when facing unacceptable attacks on their livelihoods”.

CUPE filed a request to the Manitoba Labour Board following sixty (60) days of the lockout, resulting in staff being able to return to work while an Arbitrator is appointed to help settle the agreement.

This process is currently being threatened by the Pallister Government’s Bill 16, which could prevent arbitrators settling labour disputes, resulting in prolonged lockouts or strikes.

“We are disappointed that this employer chose to lock out its own staff in the middle of the pandemic,” said Ho. “Our members are relieved that they can return to helping refugees and newcomers settle in Manitoba”.