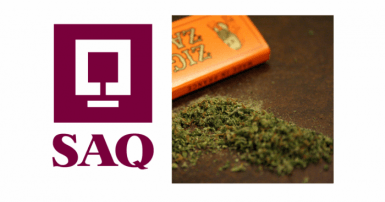 CUPE is extremely concerned about the Government of Quebec’s hesitations around the sale of legalized recreational marijuana. The reluctance of the ministers responsible for this, and Minister Coiteux in particular, seems to stem from an ideological vision that ignores any pragmatic arguments.

CUPE believes that every aspect of the issue points to the Société des alcools du Québec as the best model by far. As with alcohol, the SAQ is the obvious choice for eliminating organized crime, controlling the quality of products, avoiding sales to minors, financing prevention programs, and generating economies of scale as well as profits that will benefit the community.

“Up until now in this debate, common sense has moved the government towards the SAQ and ideology has moved the government away from it. Although the SAQ is a tremendous success in every respect, Minister Coiteux seems incapable of appreciating it. The SAQ offers Quebec a golden opportunity to market marijuana in the safest, most efficient and most cost-effective way possible,” said CUPE union advisor Bruno Tremblay.

CUPE notes last fall’s scandal over video lottery terminals in the hands of organized crime, which illustrates the risks of the private sector and government ‘oversight’.

In addition, CUPE agrees wholeheartedly with researcher Philippe Hurteau of the Institute for Socio-Economic Data and Research (IRIS), who completed a study last April endorsing the benefits of entrusting the sale of marijuana to the SAQ. As one advantage of this, Quebec would be able to build on a reliable, existing structure: “the distribution network, the branches throughout the territory, the infrastructure for product testing, the administrative structure, etc.”

IRIS estimates the marijuana market in Quebec at $1.3 billion. The SAQ could generate approximately $500 million in fees for the government. Some of these fees would go directly into prevention and education, following the proven model of Éduc’alcool.

CUPE intends to be present at all forums and at every stage of this process to promote the public interest.

With more than 110,000 members in Quebec, CUPE represents some 3,800 members in government corporations and public agencies. CUPE is also present in the following sectors: health and social services, communications, education, universities, energy, municipalities, air, urban and maritime transport, and the mixed sector.