Legal brief: How did the court decide the sentence of a manager found guilty of criminal negligence? 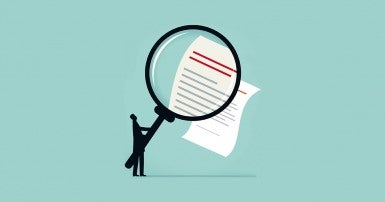 By now, most CUPE activists have heard the news that Ontario’s Superior Court of Justice sentenced Vadim Kazenelson to three and a half years in jail for his criminal negligence that led to the death of four workers, and terrible injuries to another.

Kazenelson is the first person sentenced to serve time in jail since the federal government passed Bill C-45, also known as the Westray bill, in March 2004.

What activists may not know is how the court goes about deciding Kazenelson’s fate in this case.

Kazenelson was the project manager on a balcony restoration project at two high-rise apartment towers in Toronto for Metron Construction Inc. He was in charge of the work, and the safety of the workers.

On Christmas Eve of 2009, Metron was on a tight deadline. A $50,000 bonus was on the line to finish the work that year. Kazenelson was under pressure to finish the work. Kazenelson knew that he was sending six workers to work on a hanging platform with only two lifelines. The platform broke and five workers fell. Four of them died.

When the time came for sentencing, here’s what the judge had to consider:

Kazenelson’s lawyer tried to argue that because the workers knew the risks, and because they weren’t ordered to work without lifelines, he should get a short sentence. The judge didn’t buy it. In his decision, the judge noted that making a manager ‘less guilty’ because the workers knew the risk, or weren’t overtly ordered to do risky work “would ignore the reality that a worker’s acceptance of dangerous working conditions is not always a truly voluntary choice.”

The judge also understood that it is the responsibility of management to make sure that workers go home safe. Section 217.1 of the Criminal Code (created by Bill C-45) says everyone who undertakes, or has the authority, to direct how a worker does their work is under a legal duty “to take reasonable steps to prevent bodily harm to that person, or any other person, arising from that work.”

This section of the law means that management must take all the steps that a person who knows the risk and how to reduce it would take. Kazenelson had taken the working at heights training offered by the Ontario government, so he knew the risks, and what kind of steps would reduce the risk.

The judge sentenced Kazenelson to three and a half years because he wanted to make clear that people in positions of authority have to take all reasonable steps to make sure that workers go home safe at the end of the day.

While the Criminal Code establishes sentences of up to life in prison from criminal negligence causing death, it is very rare for a first offender like Kazenelson, who is otherwise not of a criminal character, to get such a long sentence. The judge applied the rule that similar offences should get similar sentences, and looked at sentences for similar criminal negligence cases. As a result he decided that a jail sentence of three and a half years was necessary to show sufficient “denunciation and general deterrence” meaning he wanted to send a message to other managers in hope of deterring them from doing the same thing.