Israel/Palestine: An immediate long-lasting ceasefire and return to negotiations 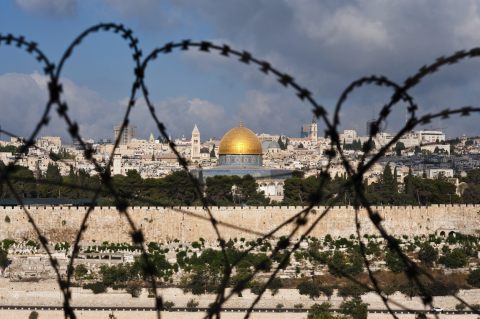 Public Services International is calling for an immediate long-lasting ceasefire and return to negotiations in the Israel and Palestine conflict. CUPE supports this call and has written the Canadian government urging recognition of human rights and international humanitarian law as a principle underlying a return to negotiations and long lasting ceasefire.

EPSU and PSI call on the Israeli government and Palestinian parties in Gaza to immediately cease fire and prevent further escalation of the conflict which has already killed 1 Israeli and 200 Palestinians (at 16th July) including women and children and lead to numerous people being injured, homes being demolished and many fleeing to escape the violence.

The rocket attacks of Hamas and bombs of the Israeli army threaten people, homes and workplaces. We echo the call of the UN Secretary General Ban-Ki-moon for a ceasefire as demanded by the UN Security Council last Saturday (12 July).

EPSU and PSI are particularly concerned about reports from the Gaza area telling of hospitals and emergency services being over-stretched, unable to cope with the high number of casualties. The fighting takes a high toll on health workers and other first responders, who risk their lives to save people.

The European Union, UN Security Council and international community must step up their efforts to ensure a ceasefire. We ask them to ensure that negotiations are held between the Israeli government and Palestinian Authority to reach a lasting comprehensive peace agreement based on the two-state solution. We reiterate PSI’s call for:
a democratic, inclusive and non-sectarian approach that can provide a lasting peace to the conflict, and this is conditional on the dismantling of all oppressive instruments, including legislative, military, political, social, economic and political barriers.

At the very least this must involve: