The Day of Mourning: How tragedy inspired action in CUPE

​Frustrated that workplace deaths too often went unrecognized, in 1984 CUPE’s National Health and Safety Committee had enough. The committee proposed a national day of mourning to remember workers killed or injured on the job.

The day would be held every year on April 28 to honour those who’d given their lives on the job. It would also serve as a reminder about the importance of workplace health and safety. Then-National President Jeff Rose announced CUPE’s plan to hold the day of mourning at CUPE’s 1985 Health and Safety Conference. That same year, the Canadian Labour Congress passed a resolution recognizing April 28.

The date was chosen to mark Ontario’s 1914 proclamation of the first comprehensive workers’ compensation act in Canada. The Day of Mourning is now recognized in more than 100 countries. In 1991, Canada’s House of Commons officially recognized the day. In 1996, the International Trade Union Confederation recognized it.

In 2002, on recommendation from the International Labour Organization, the United Nations declared April 28 as the World Day for Safety and Health at Work.

Many communities across Canada hold day of mourning events. Check with your CUPE local or district labour council for events in your area.

Following the adoption of the Strategic Directions at the 2015 National Convention, CUPE declared 2016 as the Year of Health and Safety. CUPE members can expect to see lots of health and safety action across the country.

For starters, many divisions are hosting a special health and safety conference for their region. CUPE National will support these events, providing educational materials and staff assistance. Check your division website for details.

CUPE is also launching the new Health and Safety Learning Series. Modelled after the successful Steward Learning Series, the health and safety version will include a nine-hour introductory workshop, followed by several three-hour modules.

To earn a special certificate, participants must take all four skills modules, at least three perspectives modules, and at least three specific hazard modules. There are currently 10 modules offered, and more are being developed. To access the courses offered, speak with your CUPE servicing representative or your regional union development education representative or check out cupe.ca/unioneducation.

You may have also noticed a series of member profiles on cupe.ca describing the work of some of CUPE’s health and safety activists. One profile will be released each month, along with resources to help tackle the hazards our activists are facing. So far we’ve profiled Dolores Douglas from CUPE 2669 in Saskatoon, Sylvain Beaulieu from CUPE 2929 in Quebec City, Aman Cheema from CUPE 402 in Surrey, BC, and Felicia Forbes of CUPE 3791 in Ontario, featured on the cover of this issue.

For more information on the Year of Health and Safety, check out cupe.ca/health-and-safety. 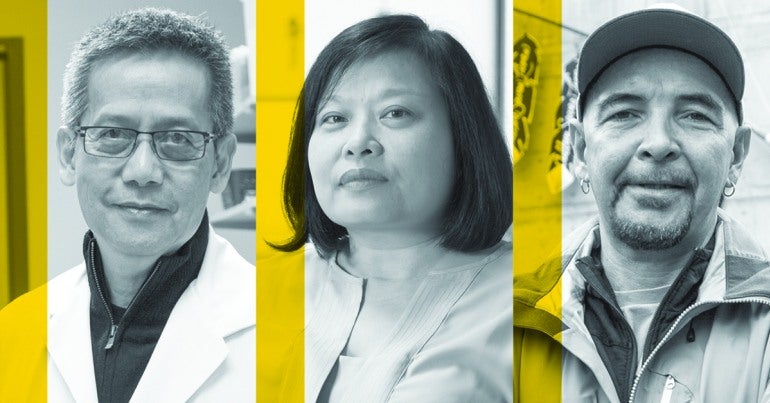