Most people think of post-secondary education as a way to ensure a bright future with a good job. We don’t necessarily think of our university and college campuses as a battleground in the fight against precarious work.

Yet precarity is on the rise in Canada’s post-secondary sector.

Precarious work is work that is short-term or temporary in nature, with low pay, few to no benefits, and no job stability. A growing number of the people who work in post-secondary education – those who teach our students, serve them food, clean and maintain university and college campuses, and deliver clerical and other support services – are now in precarious positions.

Universities, perhaps realizing this trend does not reflect well on them, have been reluctant to release data. However, a recent report on hiring in Ontario universities found that use of contract faculty (commonly known as sessionals) increased by a whopping 68.5 per cent between 2001-02 and 2009-10. By contrast, the number of tenure track positions increased by only 30.4 per cent over this same period.

In fact, we’ve reached the tipping point on precarity for academic jobs. In 2001-02, there were 637 more people hired in tenure track positions than in contract positions. But by 2009-10, the number of sessionals hired exceeded the number of tenure track appointments.

Universities and colleges are also increasingly relying on contract and casual status for non-academic staff, eliminating full-time positions and replacing them with part-time or temporary positions. At some institutions, entire sectors, such as food services and custodial services, have been contracted out to companies who pay workers low wages and don’t provide good benefits or pensions. A full 25 per cent of outside workers at the University of Victoria (CUPE 917) are casual employees. Casual contracts are supposed to be three months or less at the University of British Columbia (CUPE 2950), but 17 per cent of inside workers on casual contracts were employed for longer.

Tough on workers
Academic contract workers often earn only a fraction of what those working in permanent positions are paid. For instance, full-time, tenure track faculty earn on average between $80,000 to $150,000 per year, but contract faculty with the same teaching load will earn only $28,000 annually. Contract faculty also don’t get research funding, sabbaticals, or sometimes even access to basic resources such as an office on campus.

Similarly, workers in areas that have been contracted out find themselves delivering essential services like every other member of the institution, but unable to access the institution’s pension plan or benefits.
Job insecurity remains the element of precarious work that has the biggest effect on workers who never know whether or not their job will continue to exist. Many sessionals are hired on semester-by-semester contracts, with no guarantees of being hired to teach the same course again in the future. In response to a survey of sessionals in Ontario, two-thirds said they experienced “considerable personal strain” due to the short-term nature of their employment. Most also did not feel comfortable making large financial commitments such as buying a car or a house.

Tough on students
Precarious work is not just a concern for workers. After all, the working conditions for faculty and staff also affect the learning conditions for students. Studies have shown that students do better when they’re able to build relationships with their professors, but it’s much harder to get one-on-one time with faculty who split their time between multiple schools, who share an office with limited hours, or who perhaps have no office at all.

Ending precarity on campus
It’s no coincidence that precarity has been rising over the past two decades. Persistent government underfunding of post-secondary education means that universities and colleges are trying to stretch budgets further. In 1982, government funding made up 83 per cent of university operating revenue. Today, it accounts for only 55 per cent.

The past few decades have also seen increasing corporatization of colleges and universities. Whereas at one time these institutions were led mostly by senior academics and experienced public servants, leadership is now increasingly coming from the private sector on a mission to transform the institutions themselves.

Unions are an important factor in the battle against precarity. Unionized workers receive higher wages and better benefits. They are also more likely to have greater protections for job security. Talk to your servicing representative about options for specific language in your contract to increase job security.

We need to call on governments to end the shameful underfunding of post-secondary education in Canada and to restore the vision of education as a public good.

In 2015, CUPE’s members called for a national campaign against precarity in the post-secondary sector. CUPE’s National Post-Secondary Task Force is hard at work planning the campaign – stay tuned for more details! 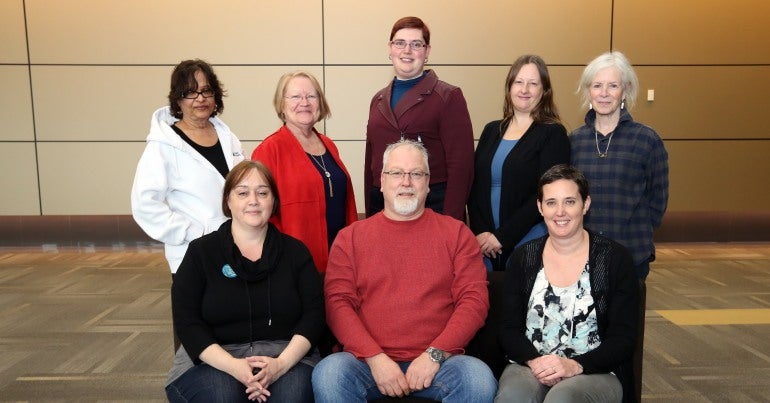